This was christened Libbie Street back in the 1870s, in honor of Libbie Holt (1843-1902), wife of Pomona cofounder Luther Myrick Holt. Born Elizabeth J. Graves in Pennsylvania, Libbie married L.M., a newsman, in Iowa in 1860. The Holts and their son Shirley(!) lived all over SoCal, but mostly called Los Angeles home; that’s where Libbie died, just three months after her mother Harriet. In 1905, when the Pomona Board of Trade wanted to abolish the city’s “silly feminine” street names (see Main Street), Libbie Street was cited as being especially girlish. Its own residents petitioned to have it renamed Monterey Avenue in 1907; a year and a half later, it was. I found no special reason behind the new name – it was probably just your basic reference to historic Monterey, CA. 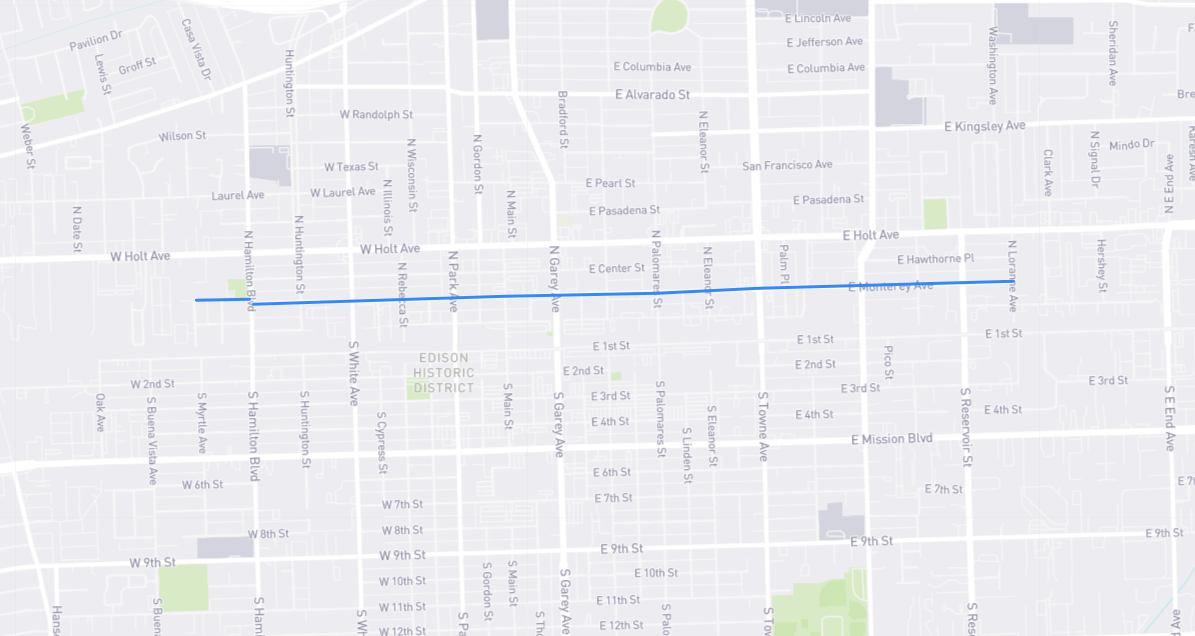