Most people know “locust” as a species of grasshopper. But it’s also a type of tree, and it’s this definition that was employed in older streets that bear the Locust name. Pomona’s Locust Street, however, has unusual origins: it was originally called Louisa Street, in honor of Louisa Garey (1830-1917), wife of Pomona cofounder Thomas Garey. Born Louisa Josephine Smith in Massachusetts, she married Garey in Albuquerque in 1850 and ran his California nursery interests with him. The Gareys had eight children – one adopted – but half of them died in childhood. Louisa herself was passing away in her Los Angeles home while Pomona leaders were in the process of erasing her name from this street, on the grounds of it being too “silly” and “feminine”. (See Main Street for more on this.) “Locust” was chosen as a replacement as it started with the same two letters as “Louisa”. 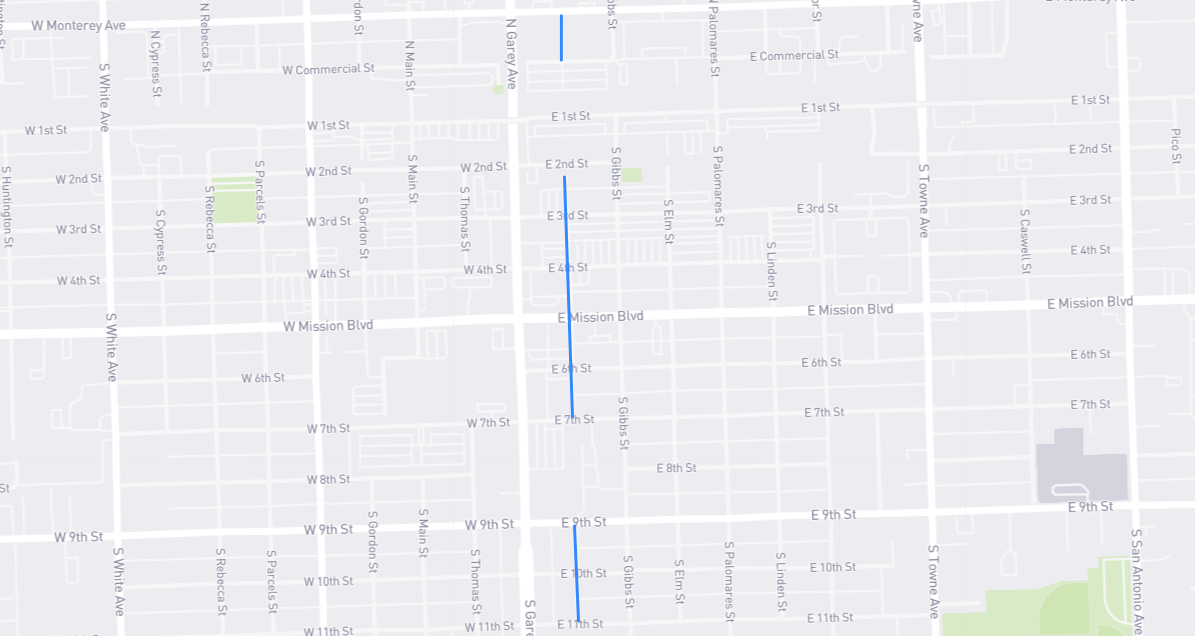