Luther Myrick “L.M.” Holt (1840-1920) earned this namesake street while helping found Pomona in 1875 – but his influence over Southern California went much further than that. Born in Michigan, Holt got into the news business in Iowa. In 1869, he and his first wife Libbie (1843-1902) moved to NorCal, where he ran a newspaper in Healdsburg. But it was the SoCal citrus industry that really excited him. Moving to Los Angeles in 1873, Holt partnered with various grangers and businessmen to establish Pomona and Artesia, then moved to Riverside in 1882 to take over the Riverside Press (today’s Press-Enterprise). The Holts were back in L.A. by 1892. Overseeing countless periodicals and investment syndicates, L.M. Holt was one of the great early champions of California horticulture and irrigation. He helped subdivide Ontario, Corona, and Etiwanda and is even credited with coining the names of Imperial County and Valley (after his Imperial Land Company) and the cities of Redlands, Calexico, and Mexicali. Pomona’s Monterey Avenue was originally called Libbie Street, after the first Mrs. Holt; the second Mrs. Holt was the wonderfully named Mary B. Proud. 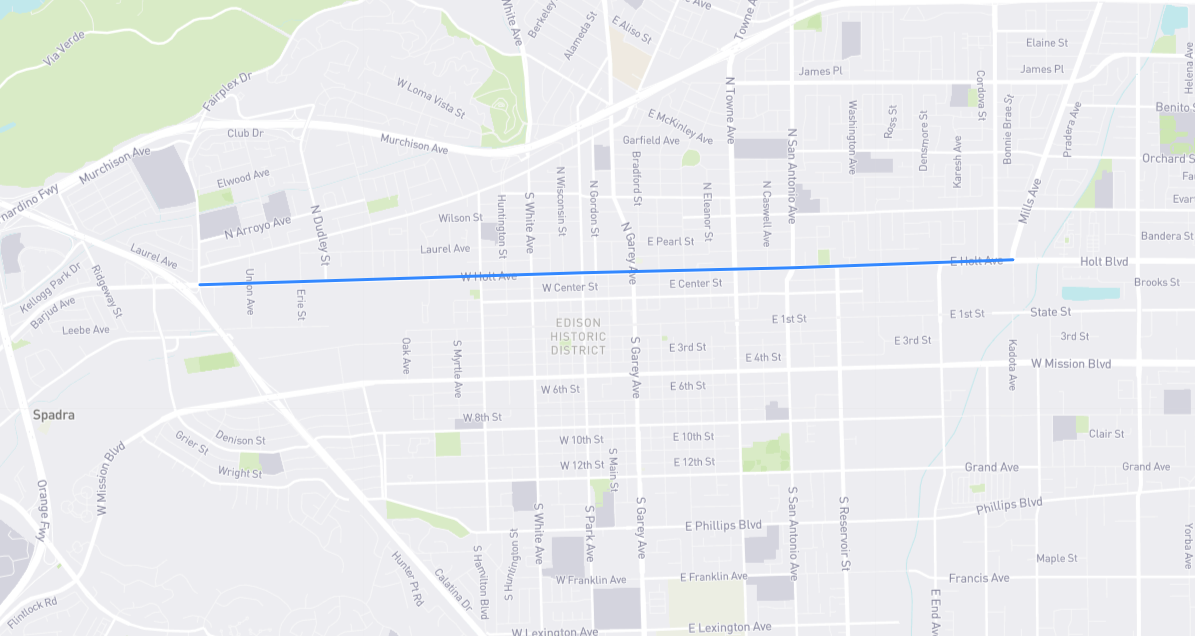