Anyone who’s been to the Brewery Arts Complex knows Moulton Avenue. This road, essentially the Brewery’s driveway, remembers Montreal-born Elijah Moulton (1820-1902), a fur trapper who settled in L.A. in 1845. He spent six years working for Louis Vignes, then set up a 160 acre acre sheep and dairy farm here around 1858. A well-liked pioneer character – he even served a term on City Council – Moulton married a daughter of William Wolfskill, then after her death in 1861 he took up with with a woman named Juana and had three children with her. (Although they apparently never married, Elijah and Juana are buried together.) Moulton Ave. was laid out on Moulton’s old property in 1887. Sudsy postscript: If you’re wondering which brewery became The Brewery, it was Pabst Blue Ribbon. Before that, it was an Edison power plant; Edison purchased the land from Moulton’s heirs. 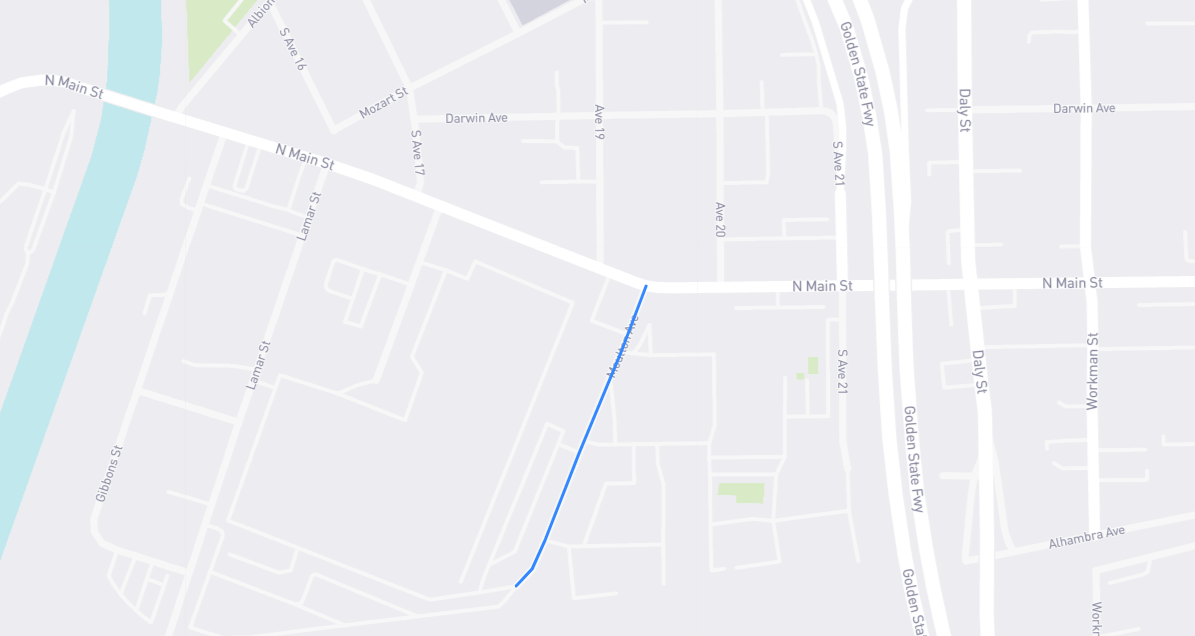