Jean-Louis Vignes (1780-1862) was born in France’s Bordeaux wine region. A barrel maker and civil servant, Vignes fled his homeland in 1826 under financial and political strain. He joined a group sailing to the Sandwich Islands (today’s Hawaii) and ran a rum distillery there for several years. When prohibitionists shut him down, Vignes came to Los Angeles c. 1831, bought 104 acres near the fabled tree called El Aliso, and founded the El Aliso Winery. As California’s first commercial vintner, “Don Luis del Aliso” was reportedly selling 150,000 bottles a year before retiring in 1855. While modern historians believe Vignes Street – named in 1874 – is for Jean-Louis, he had two nephews whose obituaries nominated them as namesakes: Jean-Marie (1826-1906) and Vital (1827-1902). They each came to work at the winery c. 1850 and became prominent Angelenos in their own right, so let’s just say the street is named for the family. By the way, there are at least three different pronunciations for Vignes: “veen”, “vines”, and “vigness”, which I’ve learned is how at least one of the family’s contemporary descendants says it. 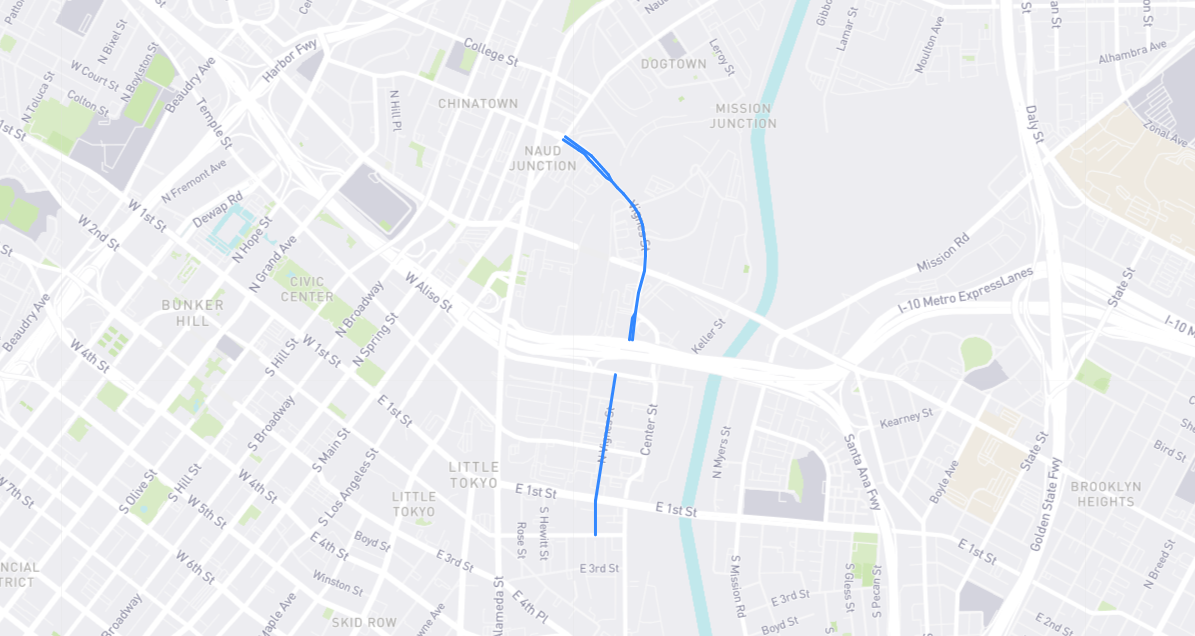