Named for Rosebudd Doble Mullender Atkinson (1877-1952), a granddaughter of millionaire E.J. “Lucky” Baldwin who inherited 100 acres of his La Puente land, then made her home here: her last address was on Francisquito Avenue right next to her namesake street. Rosebudd Doble was born in San Francisco to Baldwin’s daughter Clara and Clara’s third husband Budd Doble (1842-1926), a famous harness horse racer. She was raised by her father after he divorced her mother in 1881 on grounds of desertion. After attending Notre Dame, Rosebudd wed photographer Joseph Mullender in 1899. He died in 1931 and she married orchardist Joseph Atkinson five years later. (She certainly liked the name “Joseph”: her only child was Joseph Doble Mullender.) Mullender Avenue was christened in 1948; why she preferred it over “Atkinson Avenue” remains a mystery. 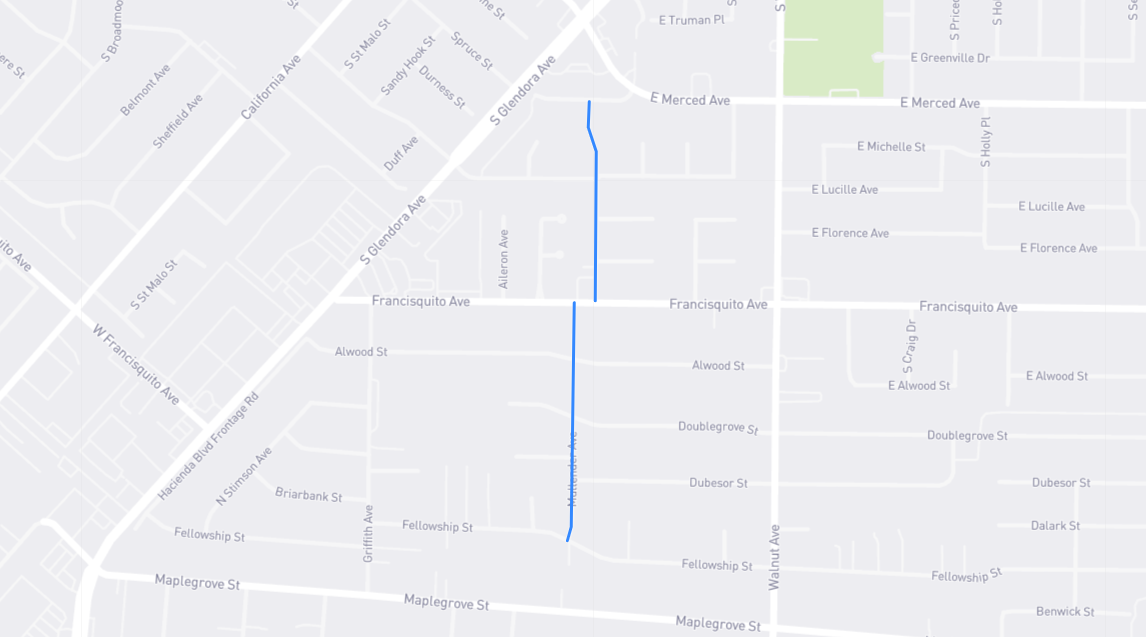