This street was named not for Saint Clare but for Clara Baldwin Stocker (1847-1929), oldest daughter of Arcadia founder Lucky Baldwin. Baldwin had purchased the former Rancho Santa Anita in 1875 and reportedly named his second daughter Anita (1876-1939) after said rancho, so as he laid out Arcadia’s streets in 1887, he had Santa Anita Avenue intersect with Santa Clara Street to honor both of his kids. Clara Baldwin was born in Indiana to Baldwin and his first wife Sarah (née Unruh), and wagoned out west with them in 1853. After her father struck it rich, Clara became the archetypal California heiress, spending her life in the public eye, maintaining a packed social calendar, and acquiring all the luxuries within her grasp. (When she died, her jewelry collection alone was worth $1.5 million – that’s around $23 million today.) She married four times, first at the tender age of 16. Albert Snyder was her son from her second marriage; Rosebudd Doble Mullender was her daughter from her third. Clara finally settled down with light opera singer Harry Stocker in 1882; they had no children. See Stocker Street in Baldwin Hills for the rest of the story. 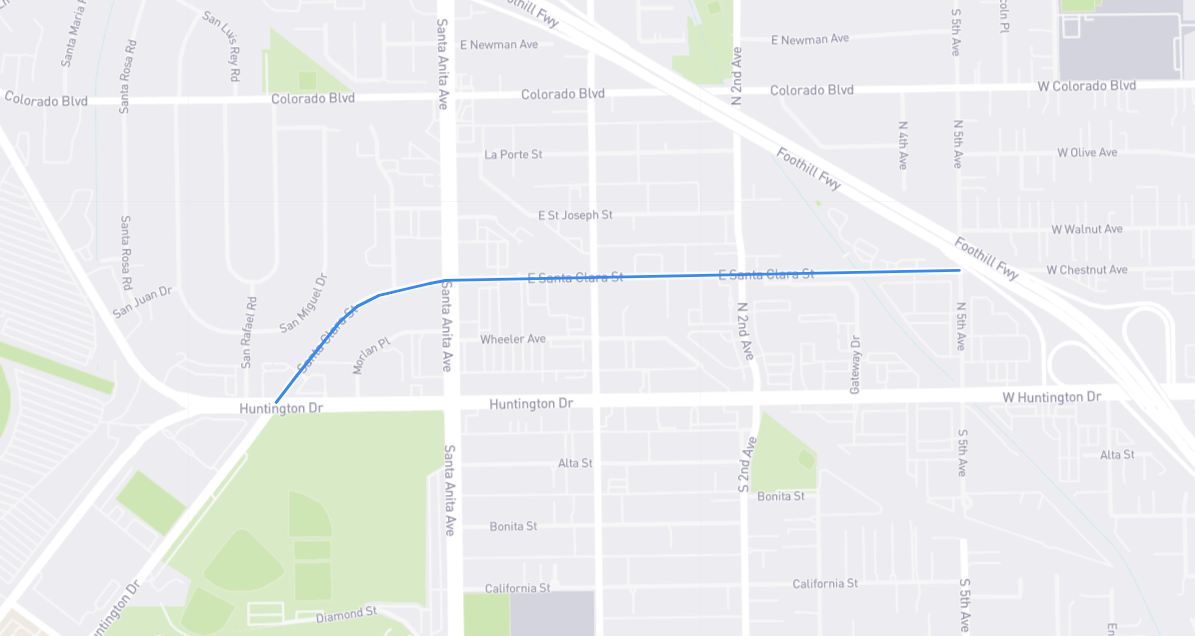