I could write a whole paragraph on Myra Avenue’s tortuous geographical history, but let’s just say it started out near Hoover and Santa Monica and leave it at that. The street was named c. 1903 for Myra L. McCarthy (1847-1938), whose family made it big in real estate both here and in San Francisco. Hailing from Oswego, NY, Myra, her husband James, and their children moved to Los Angeles in 1884 and developed properties across the city. (See Melrose Avenue for more on James and son E. Avery.) In 1886, Myra herself purchased 40 acres around here from one Herman Richter: when Myra Avenue was established, it intersected with Richter and Avery avenues. (All have since been renamed, including that original chunk of Myra.) Although she had essentially co-run the McCarthy Company for 50 years, Myra had to outlive both James and E. Avery before she could officially assume the presidency in 1935. 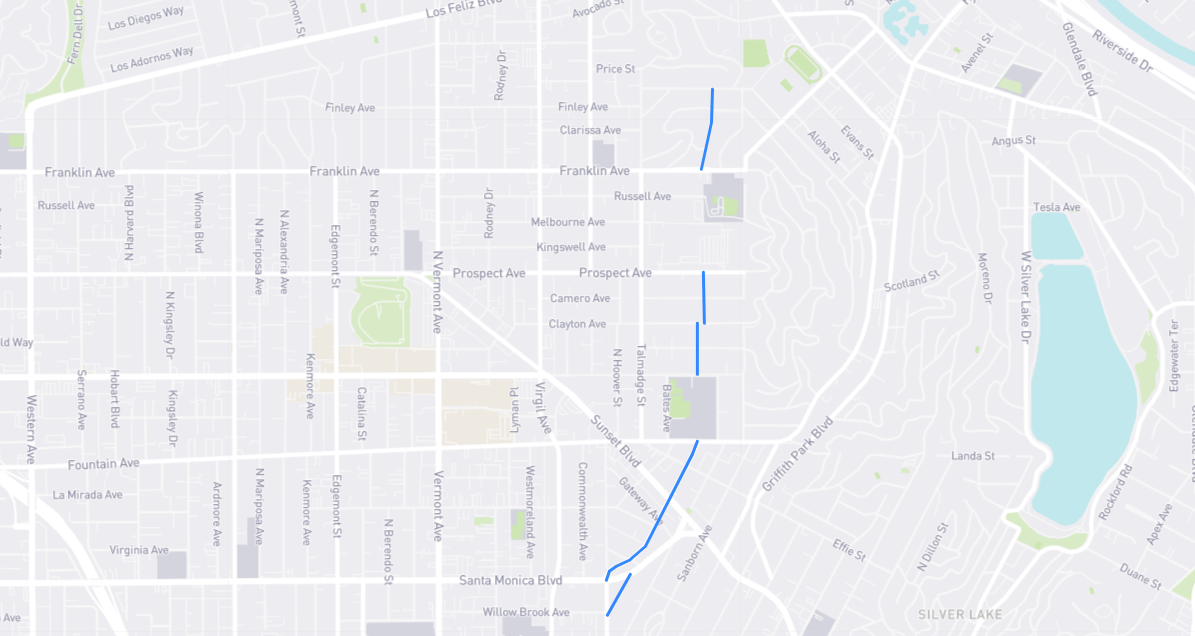