Skip to content
Newhall Avenue
Santa Clarita
Named for Henry Mayo Newhall (1825-1882), a railroad baron turned landowner. Newhall, who lived in San Francisco, snapped up 143,000 acres of California land in the 1870s. This included his 1875 purchase of the 46,460 acre Rancho San Francisco in the Santa Clarita Valley. The town of Newhall was named in his honor while nearby Saugus was named for his birthplace: Saugus, Massachusetts. The two towns were incorporated, along with Valencia and Canyon Country, into the City of Santa Clarita in 1987. The Newhall Land and Farming Company, run by Henry’s heirs, remains a major force in Santa Clarita. 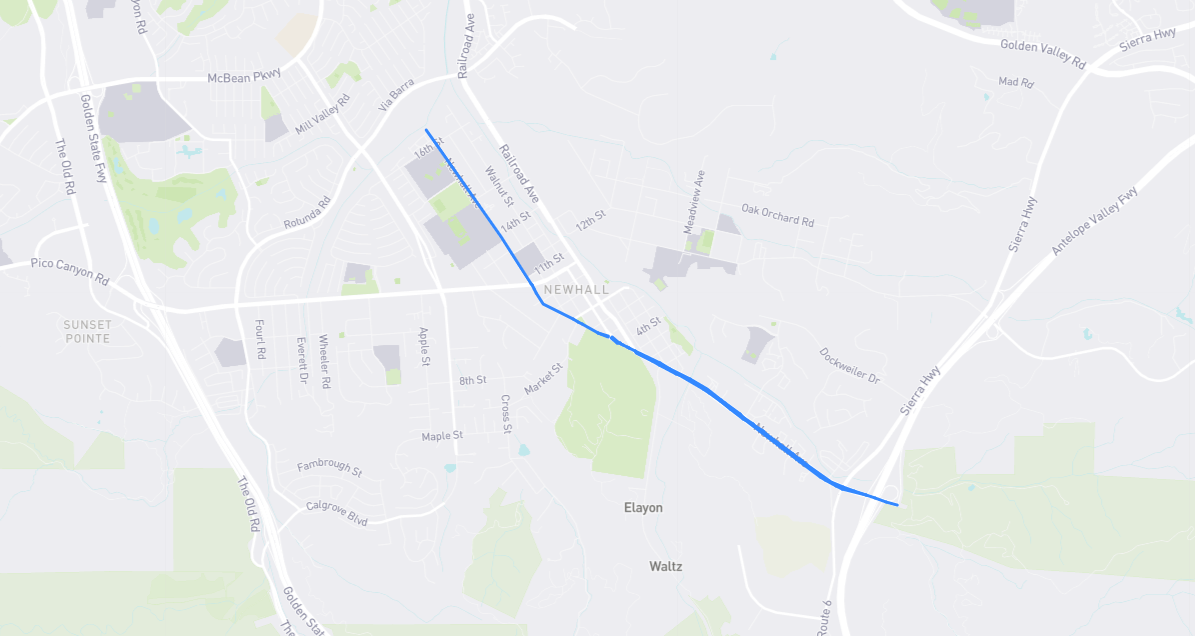