Saugus is a Native American word – but not a local one. Henry Mayo Newhall (1825-1882), who owned over 46,000 acres of the Santa Clarita Valley, was born in Saugus, MA, and he named various places, such as the SCV’s Saugus (a former railroad town) and this street, in honor of his birthplace. (The original Algonquin word saugus has been variously translated as “great”, “outlet”, and “extended”.) Saugus Ave. used to run much further north into the San Fernando Valley, but Sepulveda Blvd. took over the street once it was extended over the Sepulveda Pass in 1935. All that remains of the once-mighty Saugus Ave. are a few hilly blocks south of Ventura Blvd. 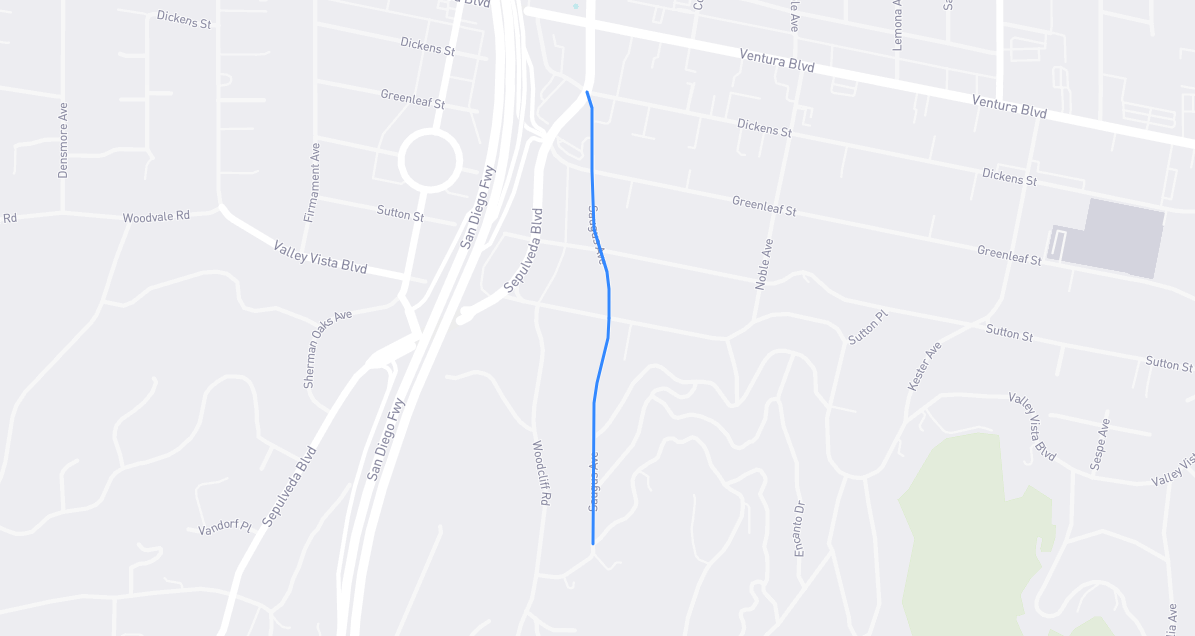