Named for Nina Rose Wachtel (1854-1944), daughter of L.J. Rose, who subdivided part of his Sunny Slope ranch here in 1887 as Lamanda Park (named for his wife Amanda M. Jones Rose, 1834-1905). The Roses had four sons and five daughters. Lamanda Park originally included Nina Street, Daisy Street (now Daisy Avenue), and Annie Street (now Vinedo Avenue), named for the three eldest Rose girls; I don’t know why little sisters Maud and Mabel missed out. At any rate, Nina Rose was born while her family still lived in Iowa and thus her childhood was marked by two treacherous wagon journeys out west. She married bank clerk John Valentine Wachtel in 1879 and had four kids with him. It seems they had a quiet life, so here’s a gruesome sisterly postscript: Annie was murdered by her husband Edward Sanderson in 1906 – he slashed her throat with a razor, then did the same to himself. 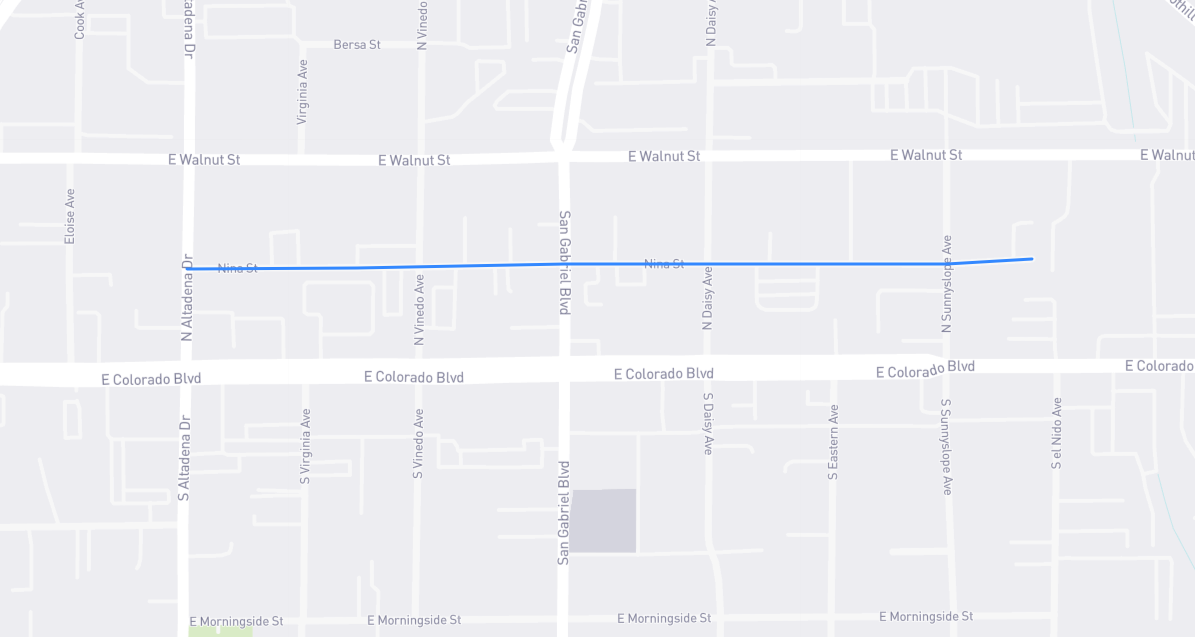