Named in December 1952 after Richard Milhous Nixon (1913-1994), who had just been elected Vice President of the United States. The Yorba Linda-born, Whittier-educated Nixon would of course be elected President in 1968 – then resign in 1974 due to the Watergate scandal. Marshall Boyar, son of Lakewood developer Louis H. Boyar, is credited with naming Nixon Street. He allegedly wanted to name another Lakewood byway after President-elect Dwight David Eisenhower but was denied by county civil engineers for reasons unknown. (There were no other Eisenhower-themed streets at the time.) So instead he dedicated Mamie Avenue to Eisenhower’s wife. 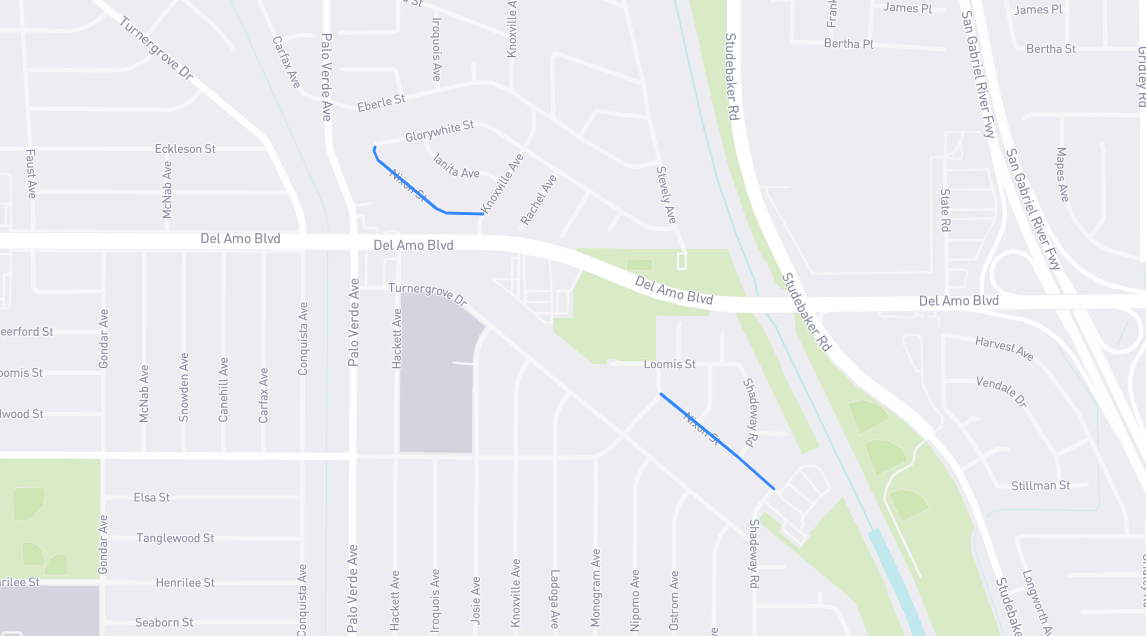