Named for Unocal/Union Oil geologist William Warren Orcutt (1869-1942), born in Minnesota and raised in Ventura. Fossil enthusiasts can thank Orcutt for realizing, in 1901, that the bones found in the La Brea Tar Pits were invaluable Ice Age relics. (The Pleistocene coyote was named canis orcutti in his honor.) Oil companies can thank Orcutt for much more, which is probably why his name graces these small streets – one in Montebello, one in Long Beach – near old oil fields. The city of Orcutt, north of Santa Barbara, is also named for him: it was once a Unocal company town. Orcutt and his wife Mary Logan Orcutt (1873-1972) owned a ranch in West Hills; it’s now a public park. Mary led the charge in changing the name of Owensmouth to Canoga Park. 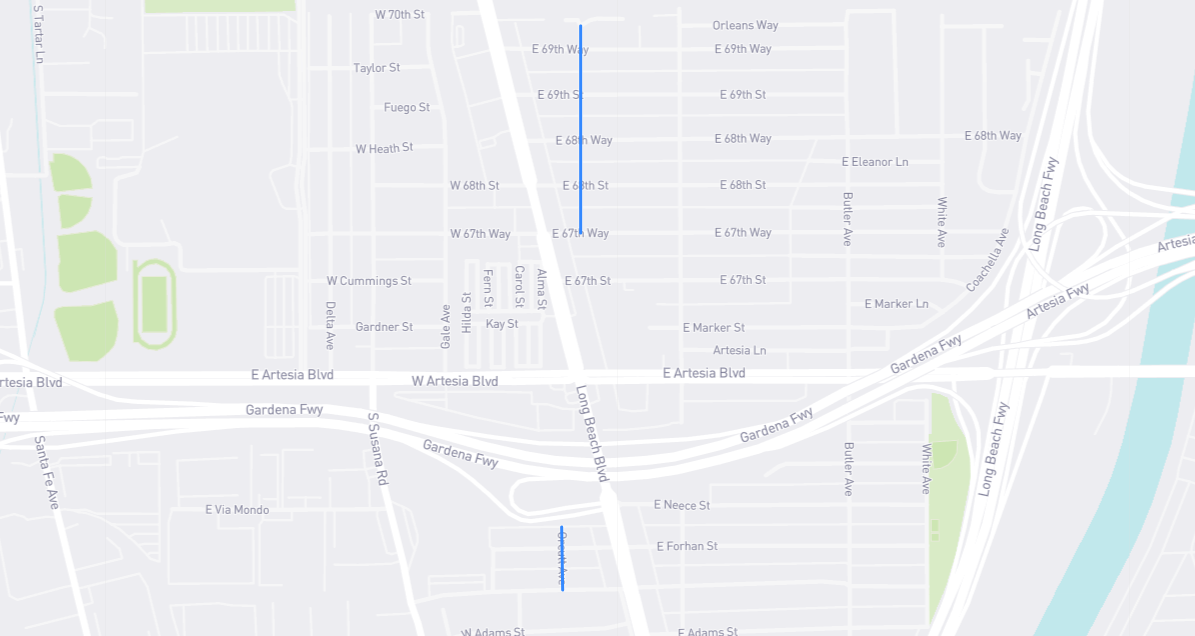