Said to be named for Robert Bruce Wardlow (1856-1933), an Iowa-born farmer who came to Long Beach c. 1877, back when it was still Rancho Los Cerritos. In January 1878, Wardlow and his girlfriend Martha Draper (1861-1936) wished to marry – but she was only 16. So they took a boat three miles from shore and were legally wedded in “international waters”. (They couldn’t do that now!) The Wardlows owned some 80 acres around Signal Hill and grew vegetables like celery before selling off most of their land in 1897 and relocating to Fountain Valley. (They ended their days in Santa Ana, but are buried back in Signal Hill.) As chance would have it, a completely unrelated Wardlow – David Settle Wardlow (1835-1904), a farmer, pastor, and Civil War veteran from North Carolina – was moving to Signal Hill with his family right around that time, after years in Norwalk and El Monte. The earliest reference I found for Wardlow Road was January 1908, so although Bruce Wardlow’s descendants claim the street for him, it’s not impossible that David Wardlow is its true namesake. 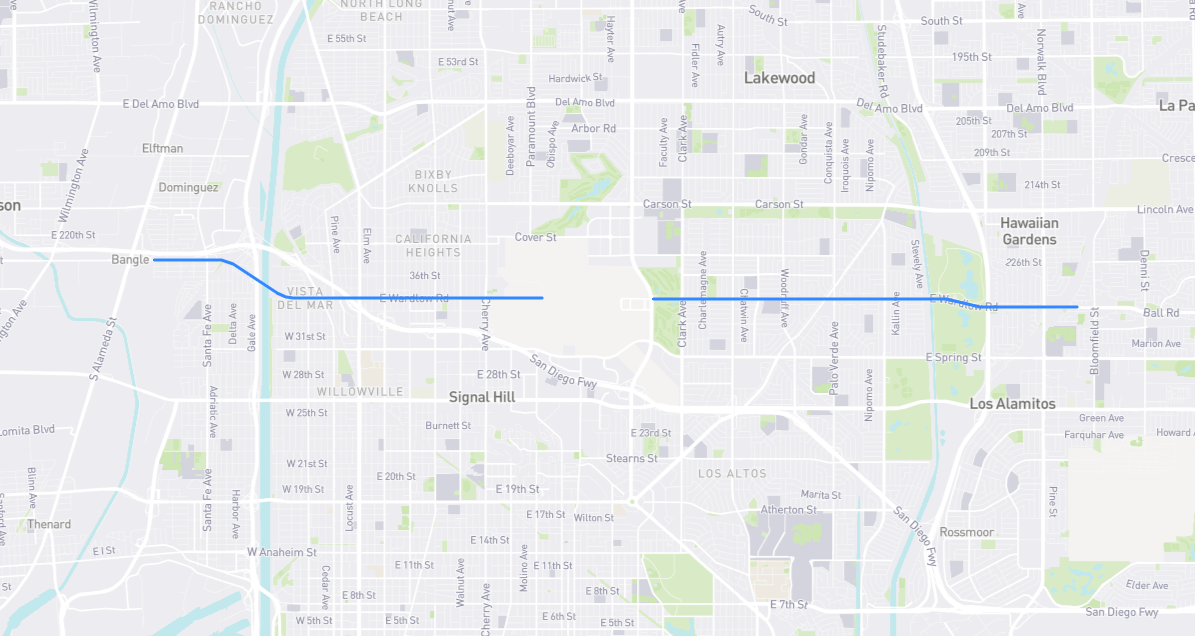