Named for Esther Oros (1896-1957), a homemaker who in 1922 entered a drawing during a promotion for the new Riverside Drive Gardens (a.k.a. Frogtown). Her prize: a street named in her honor. Esther and her husband Joe had already purchased a lot on Gleneden Street, on the opposite end of the subdivision; after Esther’s win, they bought two lots on Oros Street itself. Esther Oros was born Esther Wilcox in Missouri, and grew up in Foss, OK. She married Joe Oros in 1919 and the couple soon relocated to L.A., where Joe worked in construction. They had one son, Leroy. Esther made the news one more time in 1950: Leroy’s wife Mary was about to give birth at home, doctors couldn’t make it in time, so Esther and Leroy delivered little Laura Lee Oros themselves. 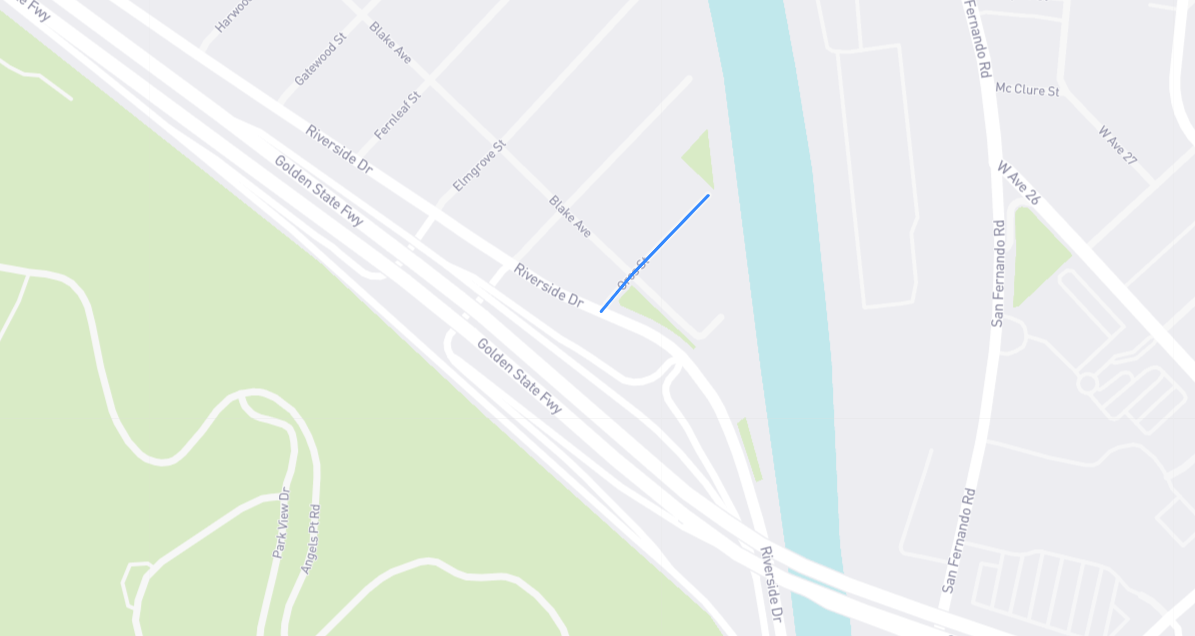