Ripple Street and Crystal Street were born on 1907’s Elysian Garden tract as tiny roads between Allesandro Street and Partridge Avenue. (That bit of Allesandro was actually called Edendale Avenue until 1912.) It’s not known who named the streets – Susan Record Clark (1830-1925) owned the land, but the “California Home Extension Association” subdivided it. Ripple and Crystal may have been references to the waters of the Los Angeles River, but that’s just a guess. Curiously, another 1907 tract way out in Lake View Terrace also had streets called Ripple and Crystal. (Both were later renamed.) Seems too strange to be a coincidence, but that tract was owned by Homer A. Hansen (namesake of Hansen Dam), who had no business in Frogtown. 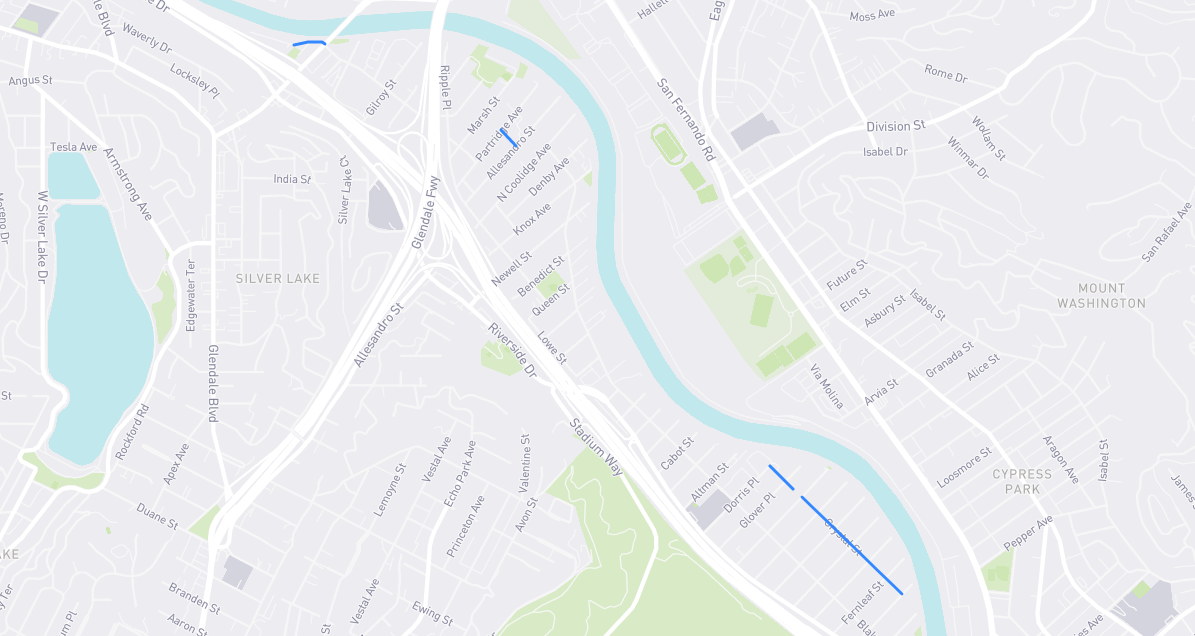