Named for Sherrill Blaisdell Osborne (1873-1949) and/or his brother Henry Zenas “Harry” Osborne Jr. 1875-1948). A 1916 newspaper article noted that Sherrill was subdividing his land in the Pacoima hills, where Osborne Street would soon be born, yet nearby Montague Street surely borrows the maiden name of Harry’s wife Lilian, so perhaps the brothers co-owned the land. At any rate, Sherrill was an attorney who later became mayor of Eagle Rock, while Harry was chief engineer at the Los Angeles Board of Public Utilities. Their father Henry Zenas Osborne Sr. (1848-1923) was an itinerant newsman from New York who had settled in L.A. with his family in 1884, when he began his 13 year tenure as editor of the Los Angeles Evening Express. Well-liked and well-connected, Papa Osborne was elected to the U.S. House of Representatives in 1916 and served until his death. 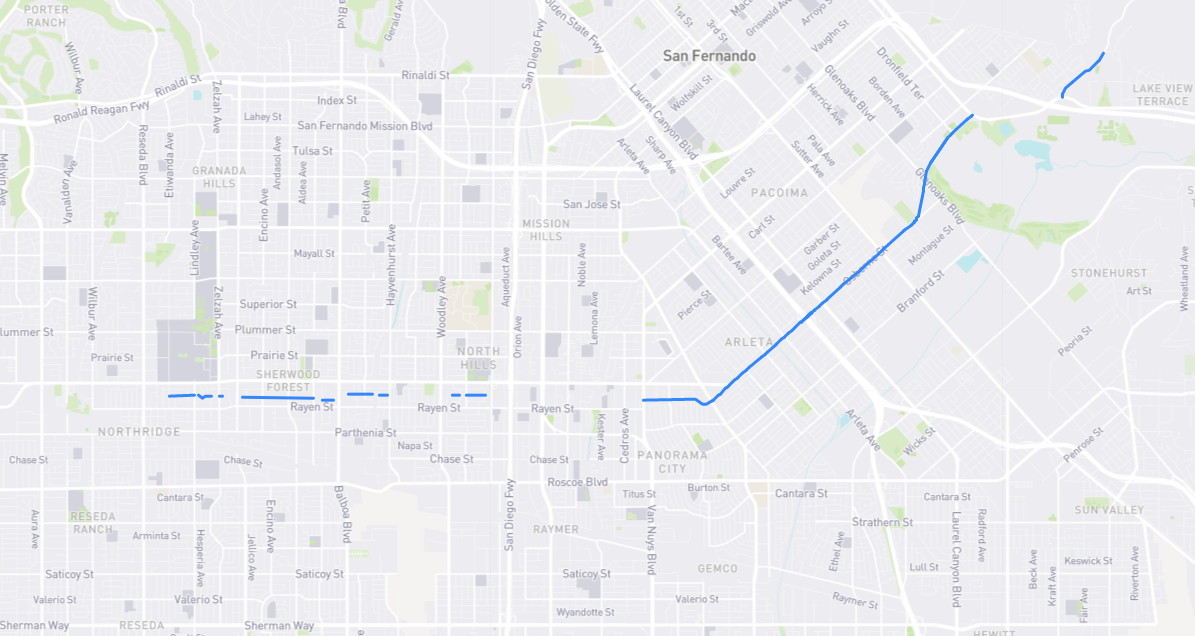