It’s long been held that Palmdale was founded in 1886 by German-speaking migrants who mistook the area’s Joshua trees for palms and thus dubbed their new settlement “Palmenthal” – the German equivalent of “Palmdale”. But a news article published on January 10th, 1886 was already referring to the townsite by its English name, with real estate men Moses L. Wicks (who had set up Lancaster) and John J. Jones selling five lots to Victor and Catherine Fink. (Jones, along with Dr. Fink and a possible relation named Peter Jones, spent years trying to irrigate Palmdale, with varying success.) Palmdale’s earliest residents were indeed Germans and Swiss, so I’m sure they knew it as “Palmenthal”. In fact the town was officially called that in 1888, as a development in San Diego County had already registered “Palmdale” with the U.S. Post Office, but by 1890 the locals reclaimed the English name. Palmdale Boulevard, named by 1916, was also called Palmdale Llano Road, Avenue Q-8, and Palmdale Lake Elizabeth Road until around 1952, when the various names were consolidated. 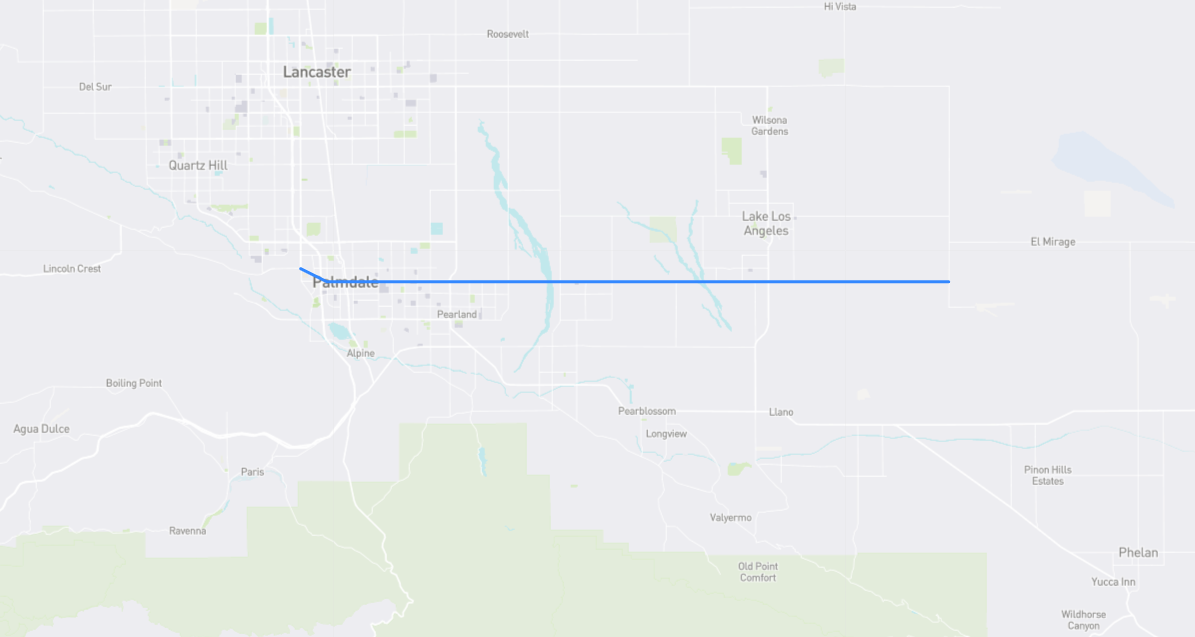