Named for Andrés Pico (1811-1876) and/or his son Rómulo (c. 1841-1915). Andrés was a Mexican Army commander in the Mexican–American War, brother to Pío Pico (of Pico Boulevard fame), and lessee of Mission San Fernando. (See Pico Street for more on him.) Rómulo was considered his “adopted” son until Andrés died: during legal squabbles with Pío over the estate, it was revealed that bachelor Andrés had fathered Rómulo with a married woman. It gets weirder: two years earlier, Rómulo had wed his own thirteen-year-old adopted sister Catalina (1861-1925). Your revulsion is duly noted. Anyway, in January 1865, one Ramon Perea, possibly an employee of the Picos, first found oil here, leading Rómulo to establish the claim in his own name. (Sorry Ramon.) The “Pico Springs” were mentioned that year. This was a momentous discovery – the seed of California’s massive, multi-billion-dollar petroleum industry – although in the pre-automobile era, oil was primarily used for lighting lanterns. Pico Canyon was cited in an 1876 newspaper but was probably named before then; its namesake road wasn’t officially christened until the 1920s. 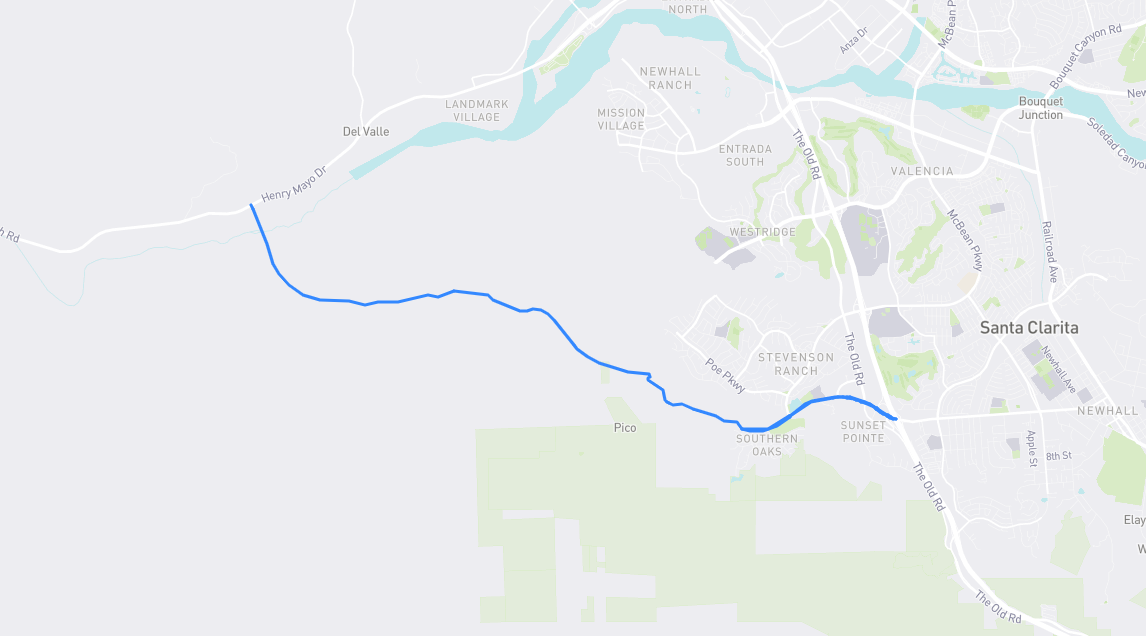