Whereas many Angelenos know about Pío Pico (1801-1894) – last governor of Alta California, namesake of Pico Blvd., etc. – not as many know about his brother Andrés (1811-1876), for whom this street is named. Andrés Pico, ranchero and Mexican Army adjutant, was a San Diego native who moved up to Los Angeles in 1844. The following year, he secured a lease on the secularized Mission San Fernando Rey de España and surrounding lands, which he used as a country home and ranch. (Who granted the lease? His brother, el gobernador.) When the Mexican–American War kicked off, Andrés Pico himself commanded Mexican forces in California until peacefully surrendering to U.S. commander John C. Frémont in 1847 at the Treaty of Cahuenga. No hard feelings: not only did Pico go on to serve on the California legislature, he and Frémont became friends. The Pico brothers briefly owned much of the San Fernando Valley; Pío ultimately sold the southern half to Isaac Lankershim and Andrés lost all but 900 acres through sales and legal squabbles. The Andrés Pico Adobe – really the home of his son Rómulo (see Pico Canyon Road) – is the oldest house in the Valley. 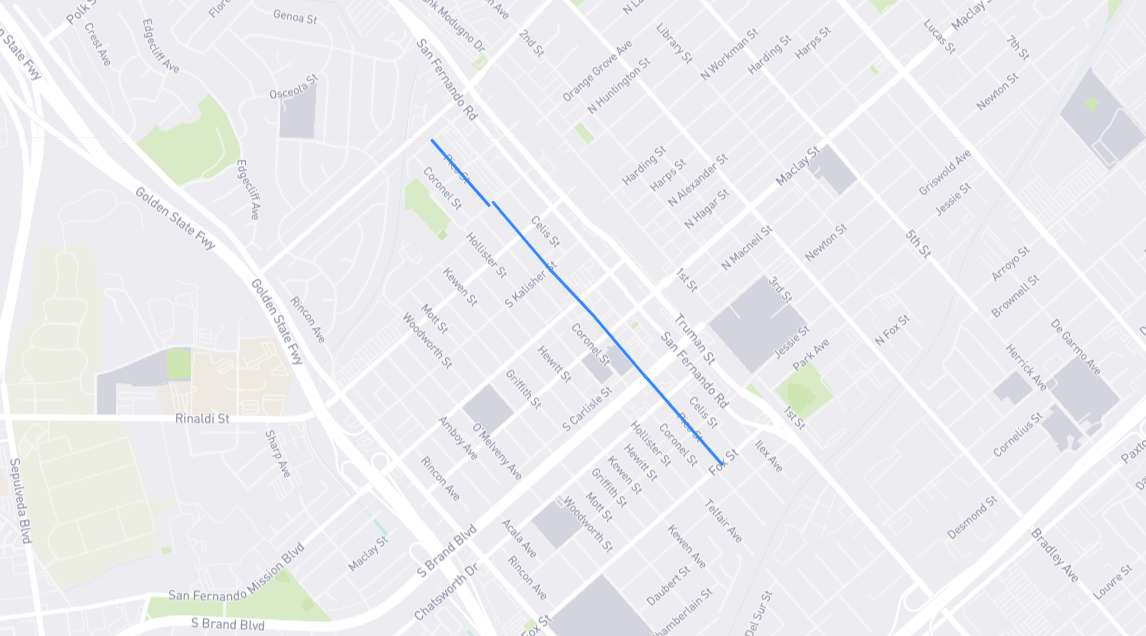