Los Angeles never had an unlucky 13th Street: by 1855, the street following 12th was called Pico, after local celebrity Pío de Jesus Pico (1801-1894). Born at Mission San Gabriel, Pico – a man of Spanish, Native American, and African heritage – inherited the elite status of his father, a soldier in the Spanish army. This entitled him and his brother Andrés to various land grants and they swept up thousands of acres across California, most notably the San Fernando Valley. Pico enjoyed political power as well: he served as the last governor of Alta California before the Mexican–American War (1846-48). In 1869, Pico sold his SFV acreage to Isaac Lankershim in order to finance a luxury hotel near the old plaza. Dubbed Pico House, the building still stands. Alas, gambling debts and real estate swindles would leave the aging Pico penniless. His hacienda in Whittier is now a State Historic Park. As for his thoroughfare, Pico Street became Pico Boulevard in 1914. When it connected to Santa Monica in 1917, it took over the Westside’s Fremont Avenue – a funny sort of payback, given that John C. Frémont had defeated Andrés Pico in the Mexican–American War. 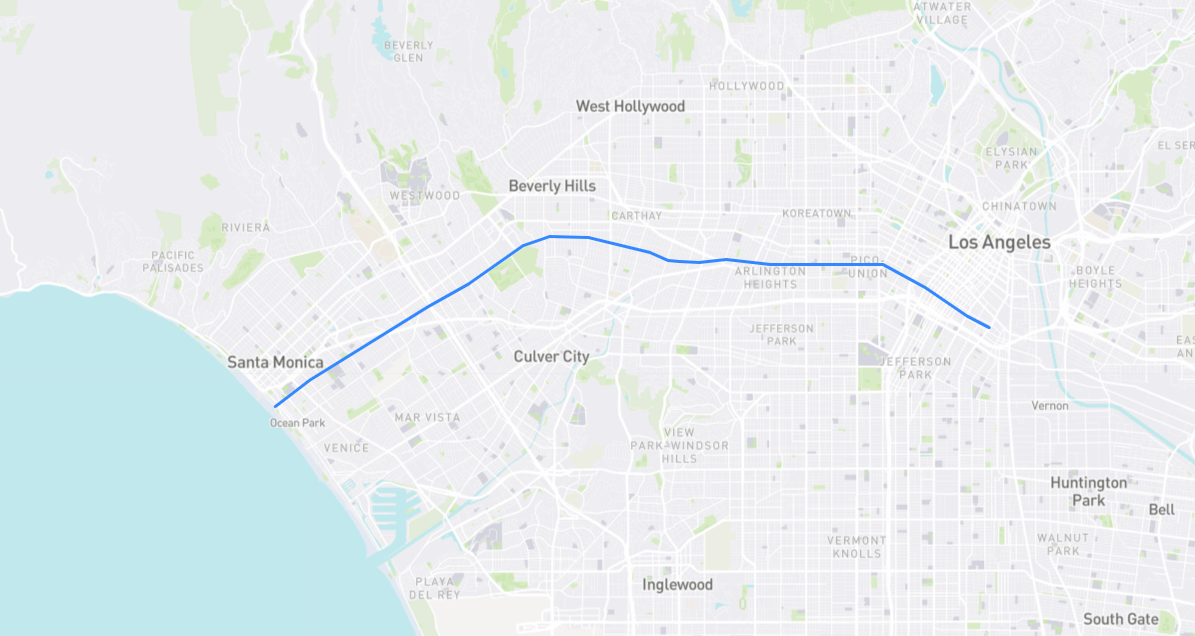