This street was born in 1905 as Newton Avenue, on the Newton Park tract. After the City of Los Angeles annexed El Sereno in 1915, this street was renamed to avoid duplication with DTLA’s Newton Street. “Pueblo” may have been chosen as a replacement since pueblo is Spanish for “town”, and the name “Newton” is derived from “new town”. (Think I’m crazy? Nearby Novgorod Street was named precisely because novgorod means “newtown” in Russian.) But this Newton was a person: Mary Newton (1848-1904), who had owned this land. Born Mary Hulda Titus in New York, she came to the San Gabriel Valley in 1871 with her husband and father, both Civil War veterans and influential landowners. Newton settled in South Pasadena and died rich, but see Drysdale Avenue for the family drama that erupted afterward. 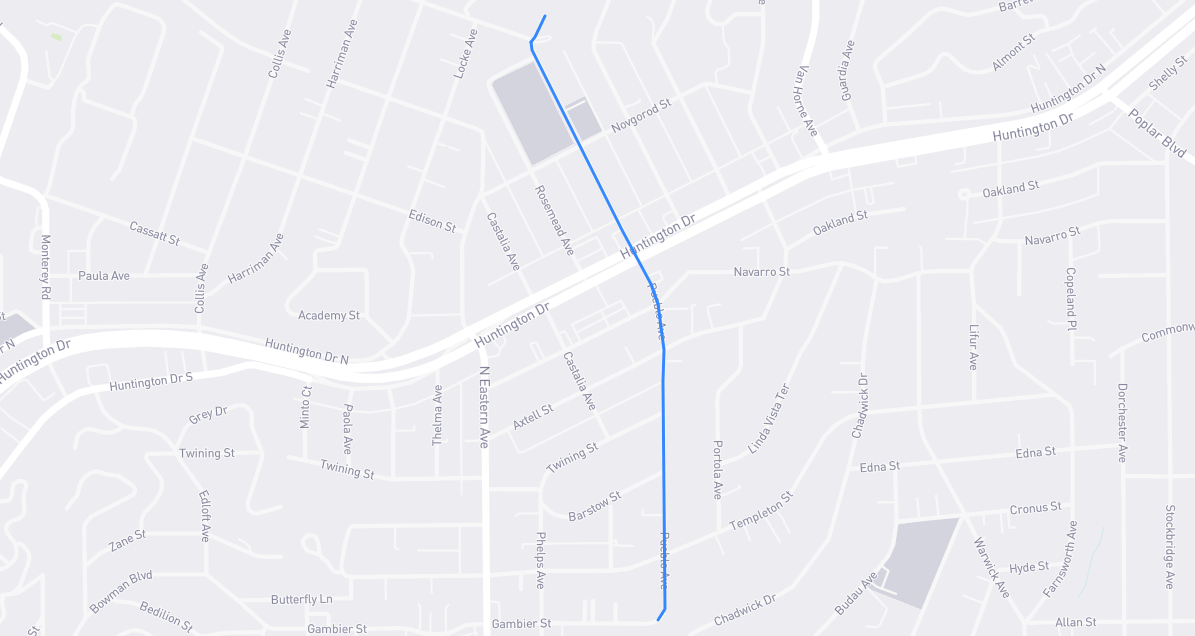