Named for Clara Drysdale Cattern (1871-1934), née Newton. She and her sister May Titus Levitt (1873-1912) inherited this land from their wealthy mother Mary Hulda Titus Newton (1848-1904), then promptly sold it to the Realty Trust Company, who subdivided it as Newton Park. (There was also a Newton Ave. and a Titus Ave. here; they were renamed Pueblo Ave. and Tampico Ave., respectively.) The sisters went through years of lawsuits over the estate, and even sued each other in 1910 over their widowed father Jacob’s guardianship. Jacob Newton, a once-prominent Angeleno who had fallen into an alcoholic stupor after his wife’s death, died in the midst of their squabbling. Clara and May reconciled shortly before May’s own death – then Clara sued May’s husband when she learned she was cut out of May’s will. (She won.) 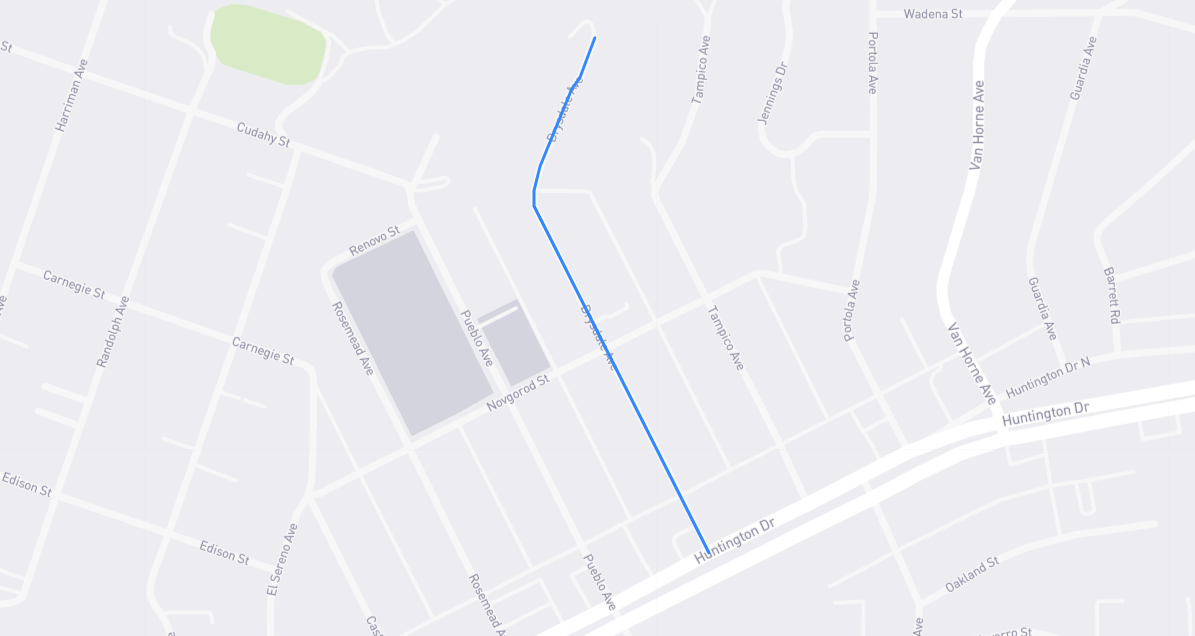