Los Angeles had at least two notable Woolwines, but this street is probably named for the older one: William David Woolwine (1854-1927), the Virginia-born president of the Merchants National Bank of Los Angeles. (He held positions at other local banks as well.) His nephew Thomas Lee Woolwine (1874-1925) was a more important figure in L.A., serving eight memorable years as district attorney and dying shortly before Woolwine Drive was named. However, one street over from Woolwine Drive is Ramboz Drive – and J.H. Ramboz was VP of Merchants National Bank at that time, so the bank connection makes a solid case for William Woolwine as namesake. 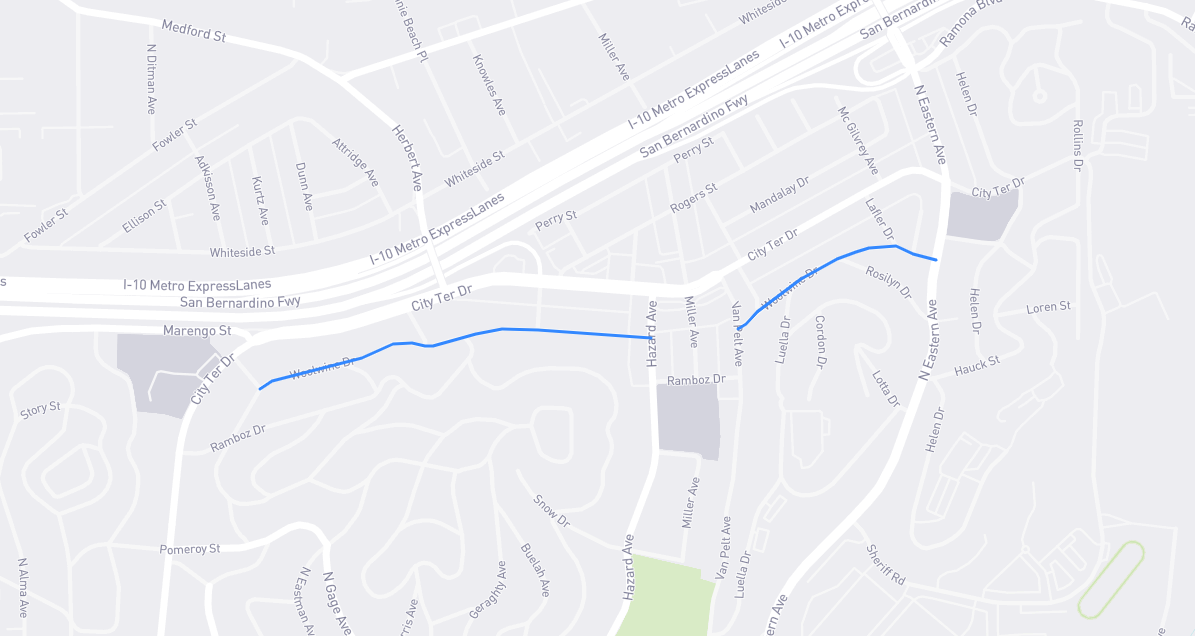