Named for movie star Debbie Reynolds (1932-2016), who grew up in Burbank. She was born Mary Frances Reynolds in El Paso, TX; in 1939, her family moved to L.A.’s Cypress Park neighborhood, then settled in Burbank in 1941. Here the over-achieving “Frannie” led a Girl Scout troop and a baton-twirling team, and for her efforts was crowned “Miss Burbank” in May 1948. Within four months, she was signed by Warner Bros., who changed her name to “Debbie”. She wound up at MGM a couple of years later and became a star with 1952’s Singin’ in the Rain. What you now know as Joaquin Drive was laid out as Debbie Reynolds Drive in 1971 in honor of Burbank’s favorite daughter. (Reynolds was not involved in the decision.) Some new residents were embarrassed by the name and spent four months in 1972 lobbying City Council to change it to Joaquin. Reynolds herself gave the name change her blessing. Eleven years later, in 1983, developers sneaked in a callback, dubbing this new connecting road Reynolds Drive. 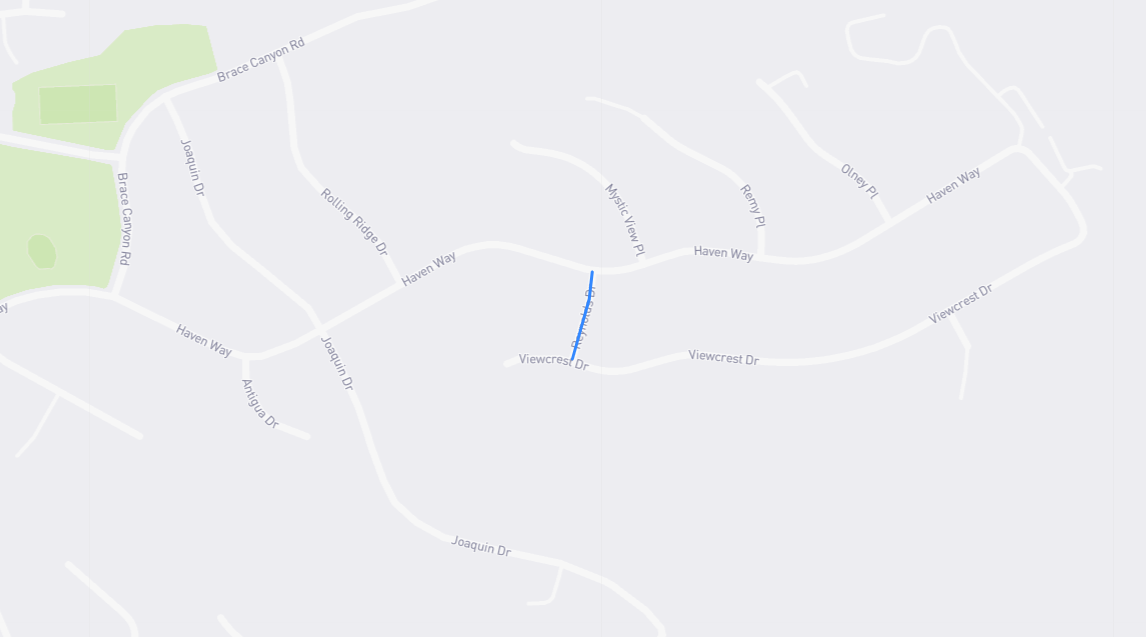