Although Screenland Drive terminates at the Warner Bros. studio lot, the street was named in late 1923 when the lot was still just alfalfa fields. So how did this cinematic moniker come to be? It may have been the work of developer Earl L. White (1885-1971) and/or his wife Anna (1886-1971), as Screenland Drive was located within their Magnolia Park subdivision. White was a big booster for Burbank in general and for Magnolia Park in particular, and this street could have been a not-so-subtle ploy to lure movie studios over to his side of the hill. (He’s also credited with naming Hollywood Way in 1924.) It obviously worked: in 1926, First National Pictures built the lot that was taken over by WB in 1928. Columbia Pictures also established a backlot on the Whites’ old dairy farm in 1934. WB now owns that too. 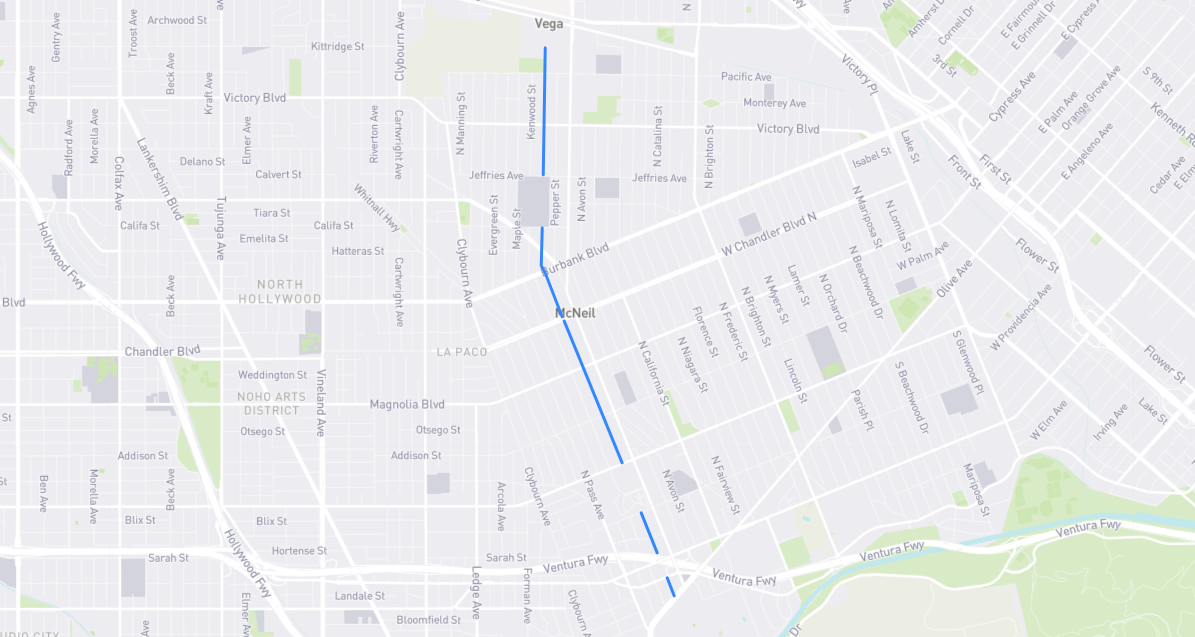