El Segundo was developed as a “payroll city” around Standard Oil’s second (segundo) California oil refinery in 1911. As such, three of its earliest streets were named after other Standard Oil refinery locations: Bayonne Street for Bayonne, NJ, Whiting Street for Whiting, IN, and Richmond Street for Richmond, CA. Point Richmond, on the San Francisco Bay, was the location of Standard’s first California refinery, which opened in 1902, although it was never called “El Primero” as far as I know. 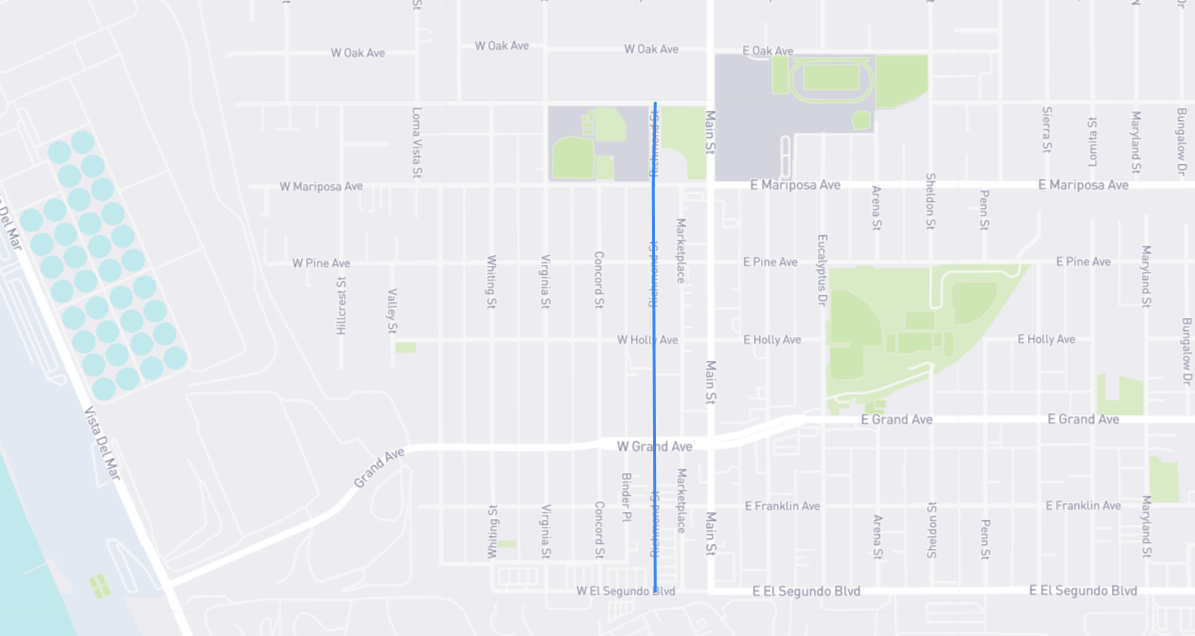