Sayre Street honors Jonathan Sayre Slauson (1829-1905), namesake of L.A.’s mighty Slauson Avenue. In fact nearby Astoria Street was also called Slauson Avenue until the City of Los Angeles annexed the SFV in 1915 and forced a name change to avoid duplication. Both streets were laid out on 1885’s Maclay Rancho tract: one of the tract’s owners, Hugh Livingstone Macneil, was J.S. Slauson’s son-in-law and partner at the Los Angeles County Bank. Macneil and his wife Louise even named their son Sayre, but since he wasn’t born until April 1886, the street came first. (Sayre Macneil, who died in 1961, would make his name as dean of Loyola Law School.) 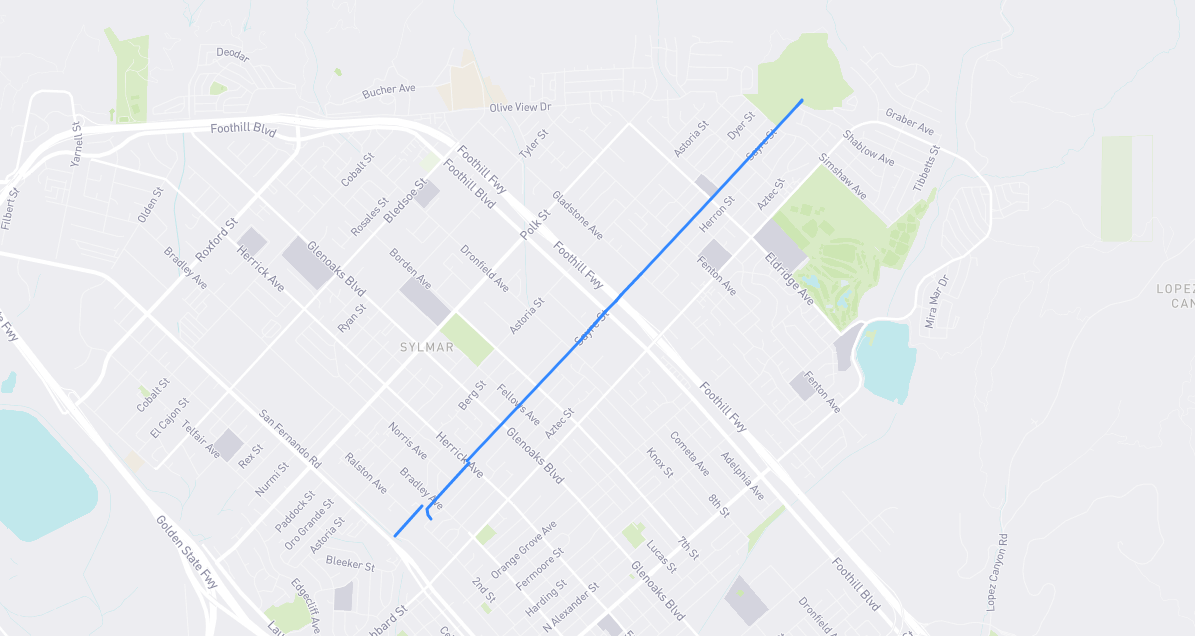