Hugh Livingstone Macneil (1850-1901) co-owned the Maclay Rancho tract, on which this street was named by 1906 (and probably earlier). A native of Ontario, Canada, Macneil established himself as a bookkeeper in Chicago before coming to California in 1876 for his health. He got a job at the Los Angeles County Bank and impressed president Jonathan Sayre Slauson so much that he was soon promoted to cashier – an executive position in banks of old. In 1884, Macneil even married Slauson’s daughter Louise (1862-1949); they named their kids Sayre and Marion. Macneil partnered with his father-in-law on the development of Azusa, where the Macneils would set up their own citrus ranch, and made so many other shrewd land deals that an 1890 book estimated his net worth at $1.5 million. Alas, Macneil’s chronic health issues caught up with him, and he died of tuberculosis at 51. 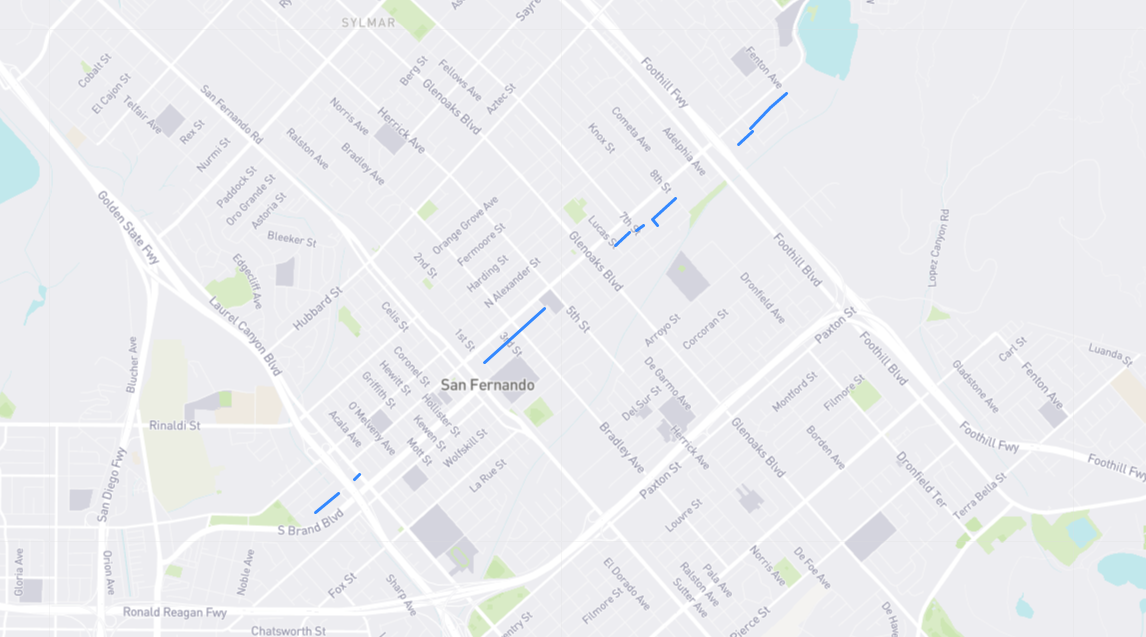