This two-block portion of Hudson Avenue was renamed in 1994 in memory of Rand Schrader (1945-1993), AIDS activist and Los Angeles Municipal Court judge. Born and raised in West L.A., Schrader graduated from the UCLA School of Law in 1973. He was the first openly gay lawyer in the city attorney’s office and was appointed to the bench in 1980, where he held court until the end of his life. Schrader chaired the Los Angeles County AIDS Commission from 1989 until 1991. A few months after stepping down from the position, he went public with his own AIDS diagnosis. 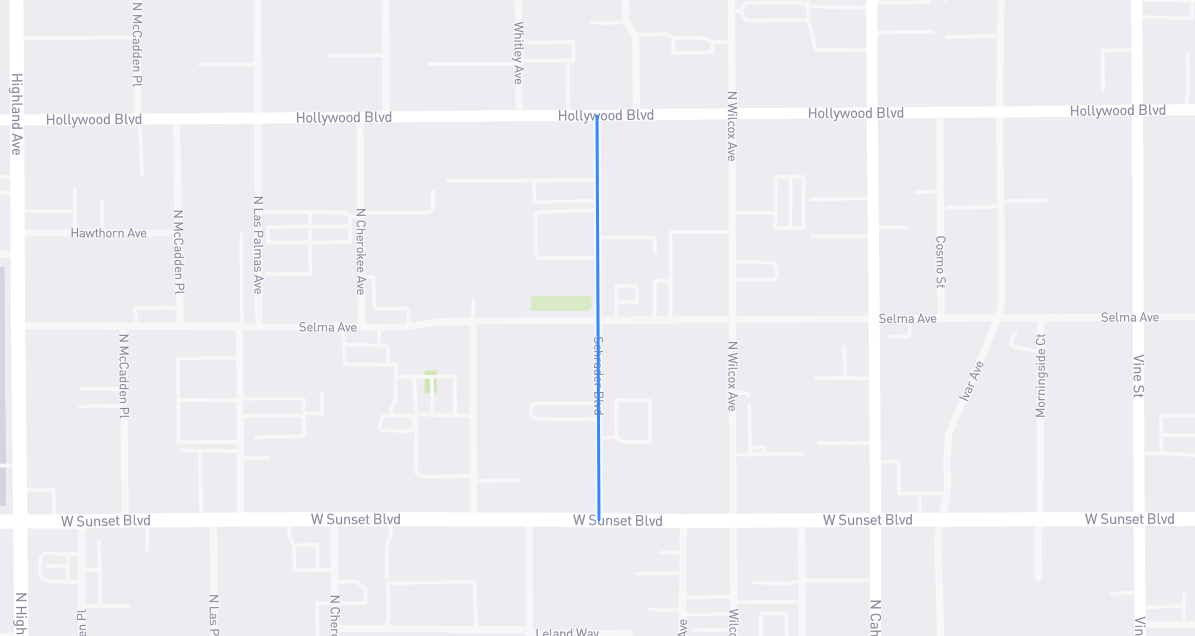