There’s a city in Mexico called Toluca, and Toluca Street popped up outside DTLA in 1888. But who brought “Toluca” over to this side of the hill, and when, and why? It’s hard to say. In December 1892, the Lankershim school district was (briefly) changed to the Toluca school district, so the name was definitely here by then. In May 1893, the Toluca post office was established, with William C. Weddington as postmaster. The town of Toluca was renamed Lankershim in 1907, then North Hollywood in 1927. As for Toluca Lake, it started out as the Toluca Ranch, set up by Charles Forman (1835-1919) as early as 1888. (The oldest published mention of the ranch was in 1894.) So I’ll buy theories that it was either Forman or James Boon Lankershim who named this area “Toluca”, though I’m less convinced that either man thought it meant “fertile valley” in the Paiute language, as some claim. Regardless, the first mention of a “Lake Toluca” on Forman’s ranch was in 1903. It was just a muddy spring. Developers cleaned up the spring and subdivided the ranch as Toluca Lake Park in 1923-1924. 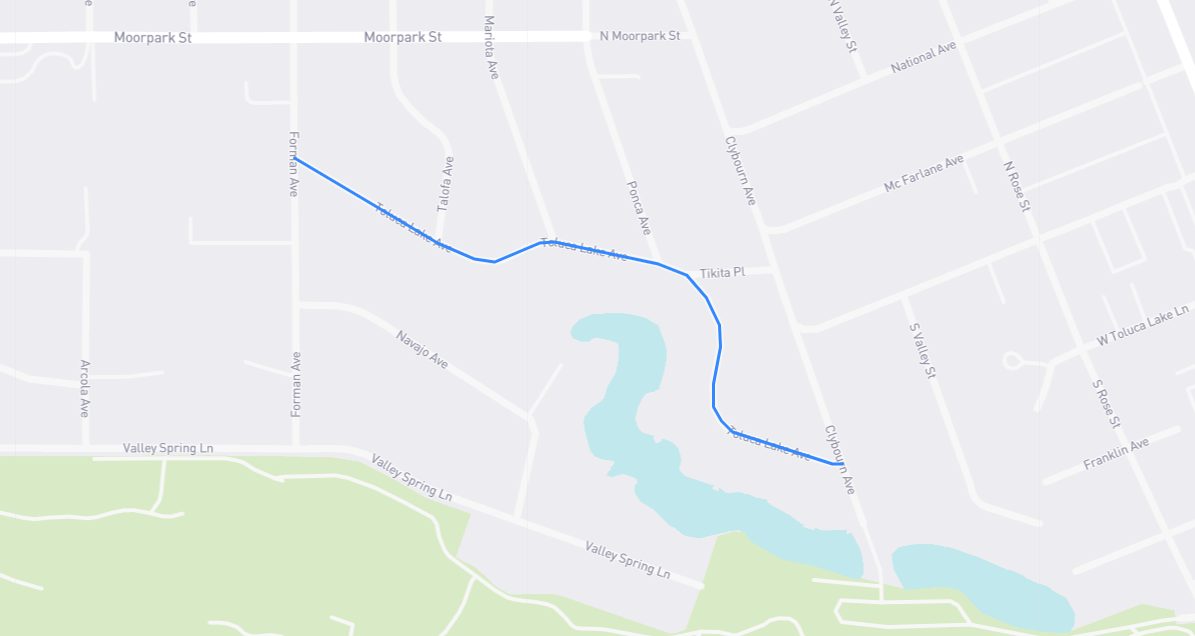