West L.A.’s original Military Avenue was rechristened Sepulveda Boulevard in 1925; ten years later, the road was expanded over the Santa Monica Mountains – through the Sepulveda Pass – to connect with the former Saugus Avenue in the Valley. The street takes its name from a prominent Californio family. Patriarch Francisco Xavier Sepúlveda (c. 1742-1788) was a Mexican-born soldier in the Spanish army who came to Alta California in 1781. As was the custom, his job came with the perk of government-deeded land grants in the territory, native rights be damned, and his family would come to own much of present-day Santa Monica, San Pedro, Irvine, and Rancho Palos Verdes. Several Sepúlveda men also served as politicians in early Los Angeles. Once considered the longest surface street in the county, Sepulveda Blvd. was shortened, if in name only, in 2018, when El Segundo made their two-mile stretch part of Pacific Coast Highway. 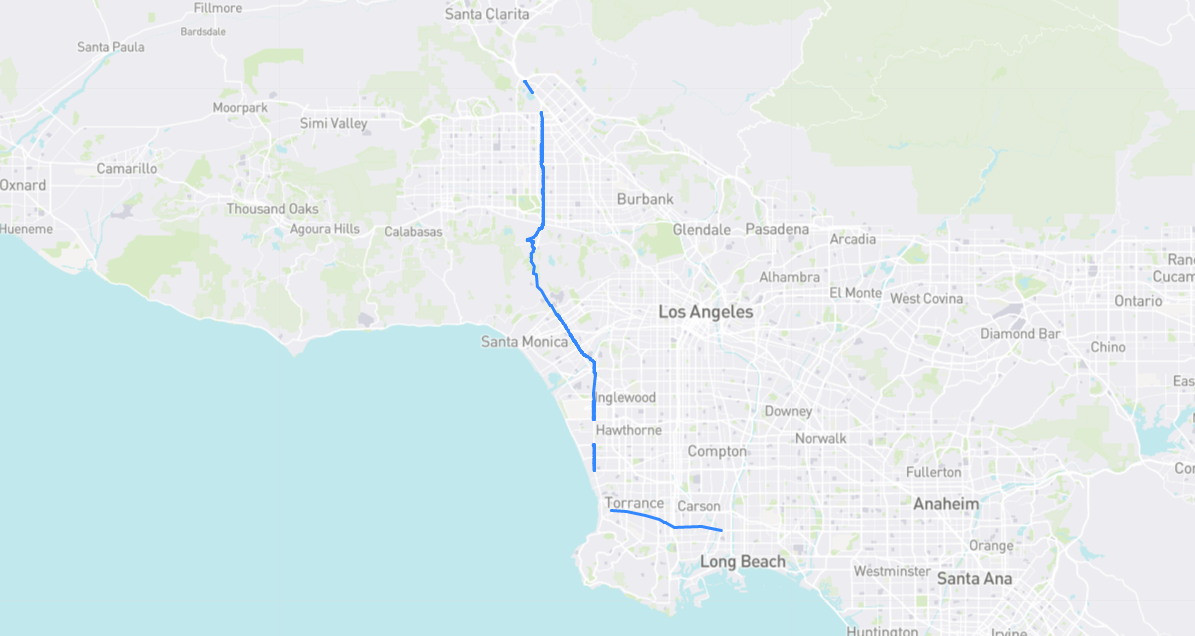