Occidental College is 25 miles away, but its sports teams the Tigers left their mark on this street. In 1924-1925, Alphonzo Bell (1875-1947) – Oxy alumnus, oil baron, and founder of Bel-Air – offered the school free land here in the Brentwood Hills on one condition: that his alma mater be divided into separate campuses for men and women. (Bell was known for his puritanical beliefs.) The female students were to stay at Oxy’s Eagle Rock campus while the male students would be brought to a new 150 acre campus here. Oxy ultimately said no, but this street has held on to the Tigertail name as a reminder of Bell’s dream. 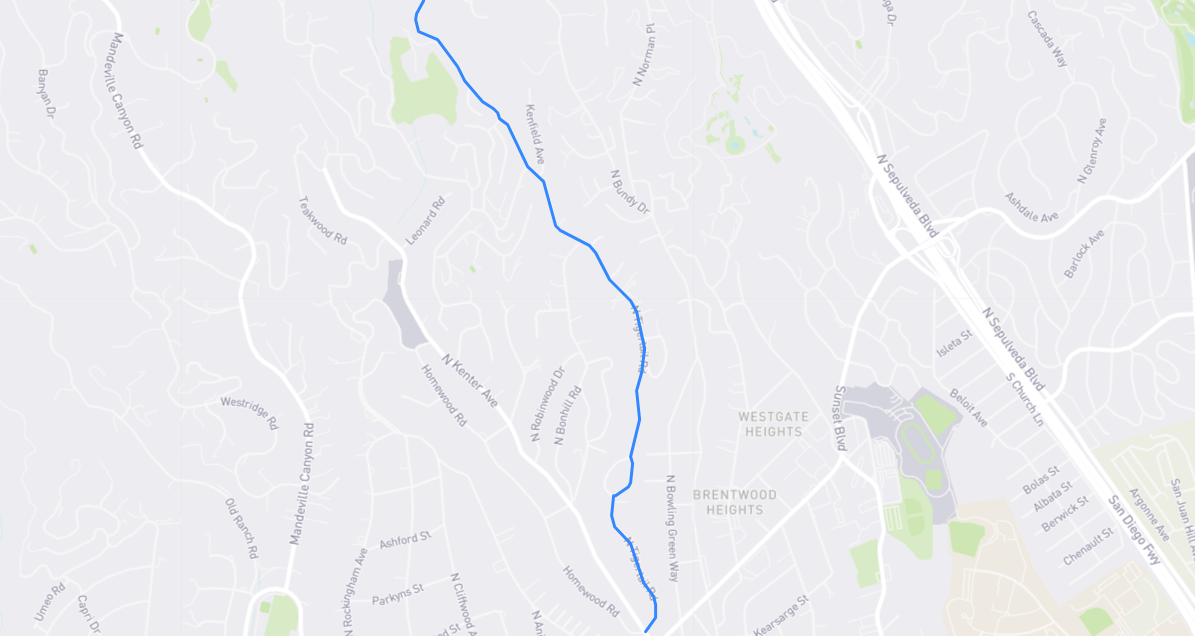