Lyceum and Tivoli avenues were named on a 1923 tract owned by Michael Gore (c. 1876-1953) and Abraham Louis Gore (1884-1951). The brothers were movie theater impresarios in the 1910s and 1920s and their hundreds of cinemas included a Lyceum in DTLA and a Tivoli in South Central. (They also owned the Burbank Theater; part of Moore Street was initially called Burbank Avenue on their tract.) Of course “Lyceum” and “Tivoli” are common theater names: the former is derived from Aristotle’s school in ancient Athens, the latter from a garden-filled town outside of Rome. The Gores may have intended double meanings for their streets, with “Lyceum” also alluding to nearby Venice High School and “Tivoli” to Copenhagen’s Tivoli Gardens, a famous amusement park, as they had invested in similar amusements in Ocean Park and Venice. See Michael Avenue for more on the brothers. 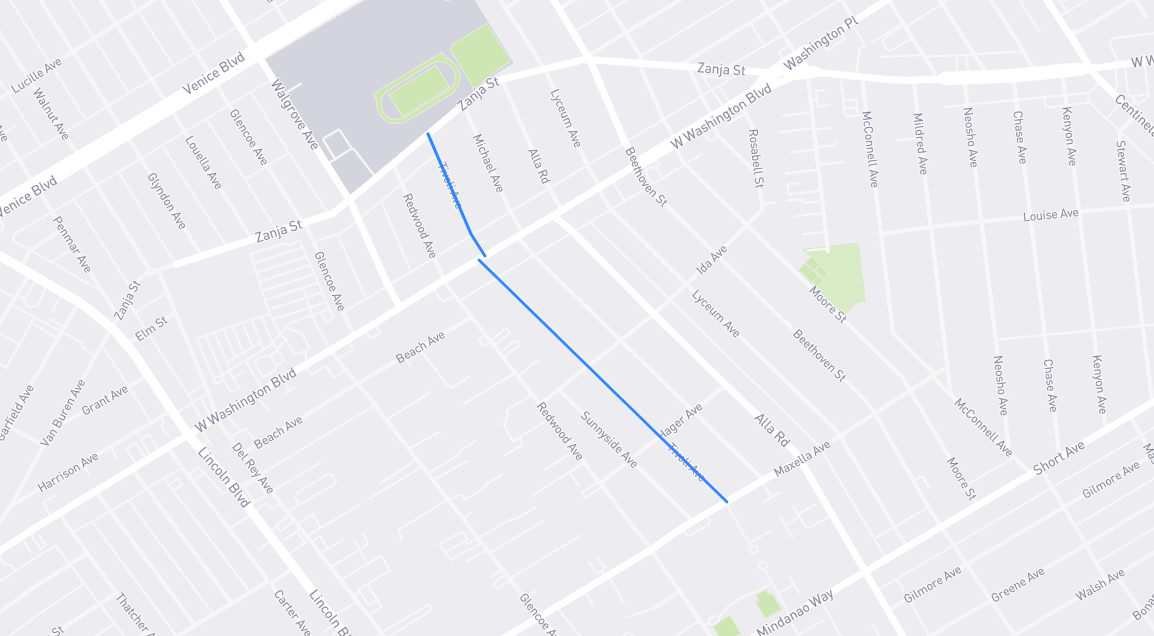