Named for movie theater mogul Michael “Mike” Gore (c. 1876-1953) on a 1923 tract he owned with his brother Abraham (1884-1951). The Gores were a Russian Jewish family who immigrated to Chicago around 1880. There Mike (and possibly Abe) ran a cigar store until 1906, when he came to Los Angeles to be a contractor. Showbiz then caught his eye and by 1914 he was running a DTLA movie house called Gore’s Theater. Abe soon came in as partner and in 1920 they incorporated West Coast Theatres with Sol Lesser and Adolph Ramish. The company operated over 250 cinemas, including L.A.’s Tivoli and Lyceum – hence nearby Tivoli and Lyceum avenues – before being bought by Fox in 1928. Mike Gore has a star on the Hollywood Walk of Fame; his wife Celia, who died four months before him, was the aunt of CBS president William S. Paley. The portion of Alla Road between Zanja and Washington was originally called Gore Avenue. 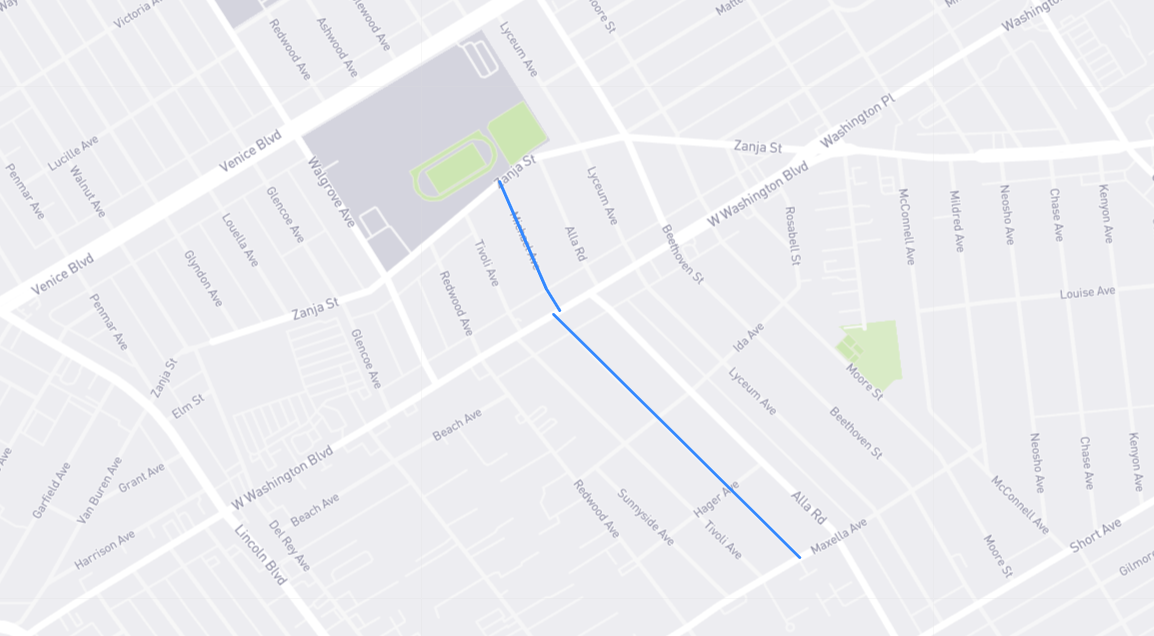