The men who established Pomona in 1875 named all of its earliest streets after themselves and their wives – all, that is, except this street, which honors the family who once owned the land. Californios Ygnacio Palomares (1811-1864) and Ricardo Véjar were granted the 22,340 acre Rancho San José here in 1837. (Luis Arenas was given around 7,000 acres of it in 1840, then sold his share to Henry Dalton.) The well-born Palomares was active in Mexican-era Los Angeles, namely as justice of the peace and even – briefly – as mayor. He, his wife Concepción (1817-1881), and their eight children built two homes on their 9,400 acre share of the rancho; incredibly, both structures still stand: the 1837 “Casa Primera” and the 1854 Palomares Adobe. It was their son Francisco (1840-1882), a member of the County Board of Supervisors, who with partners Cyrus Burdick and P.C. Tonner sold some 2,500 acres – the figure is disputed – to Pomona’s founders after securing water rights for the region. In fact the working title for Pomona was “Palomares”. 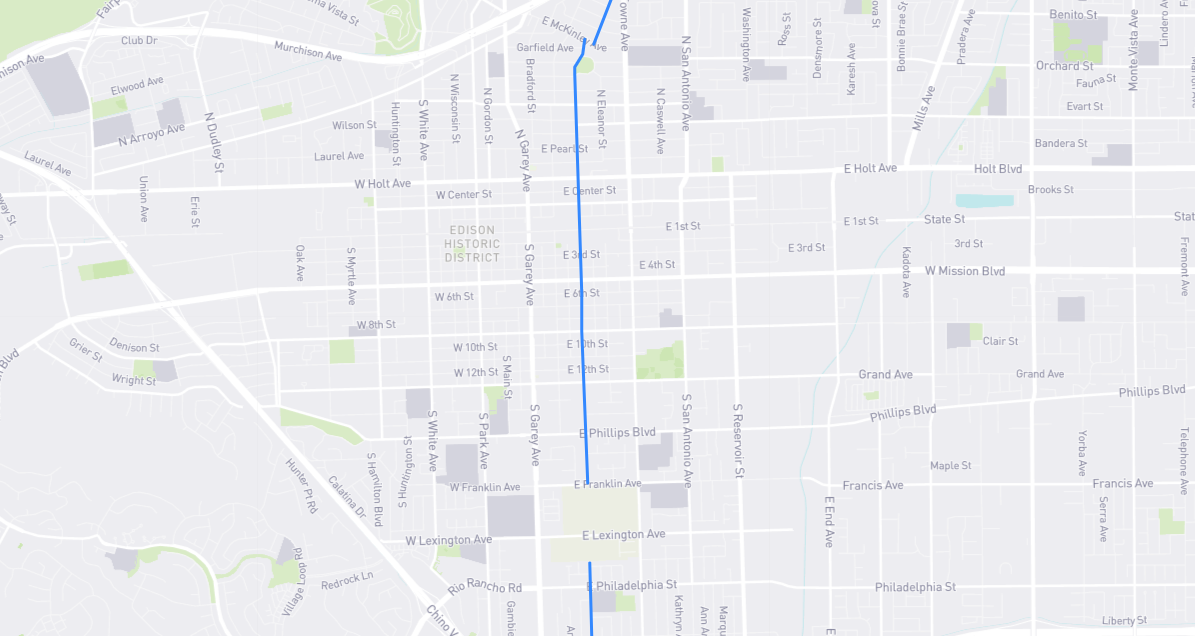