Yes, it’s a reference to UCLA, whose students were once called “Uclans”. (Now we just call them “Bruins”.) Uclan Drive was born in 1951 on the Grandview’s Benmar Hills tract, subdivided by Edward K. Zuckerman (1908-1991) and Barney R. Morris (1909-1985). It was a nod to the neighborhood’s earlier college-themed streets, named in 1919-1920 by Ben W. Marks, who had wanted Burbank to be UCLA’s home (see University Avenue). UCLA wound up in Westwood, of course, but Marks’s scholarly roads kept their names. As for Uclan Drive, it’s likely that Zuckerman and/or Morris were UCLA alumni – Zuckerman even set up a scholarship at UCLA in honor of his wife Ola, who was definitely an alumna – but I couldn’t find proof. At least I can confirm that nearby Karen and Richard streets were named for Morris’s kids. 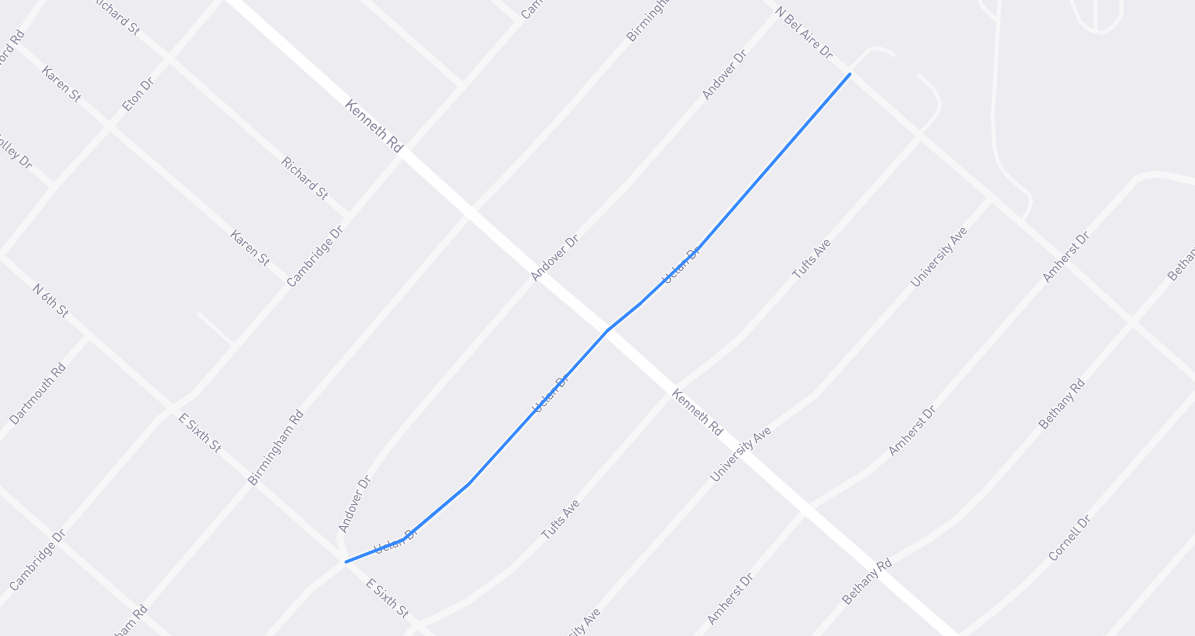