It’s not the most exciting origin story: Van Ness Avenue, christened in 1902, most likely just copied its name from San Francisco’s famous thoroughfare. (That Van Ness Ave. was named around 1860 after James Van Ness (1808-1872), a recent mayor of that fair city.) While Los Angeles had a handful of residents named Van Ness in 1902, none were likelier inspirations than the San Francisco street. In any case, our Van Ness Avenue started small: just one block between Venice (then called 16th Street) and Washington on a tract called West End Heights. None of the tract’s owners were San Franciscans. 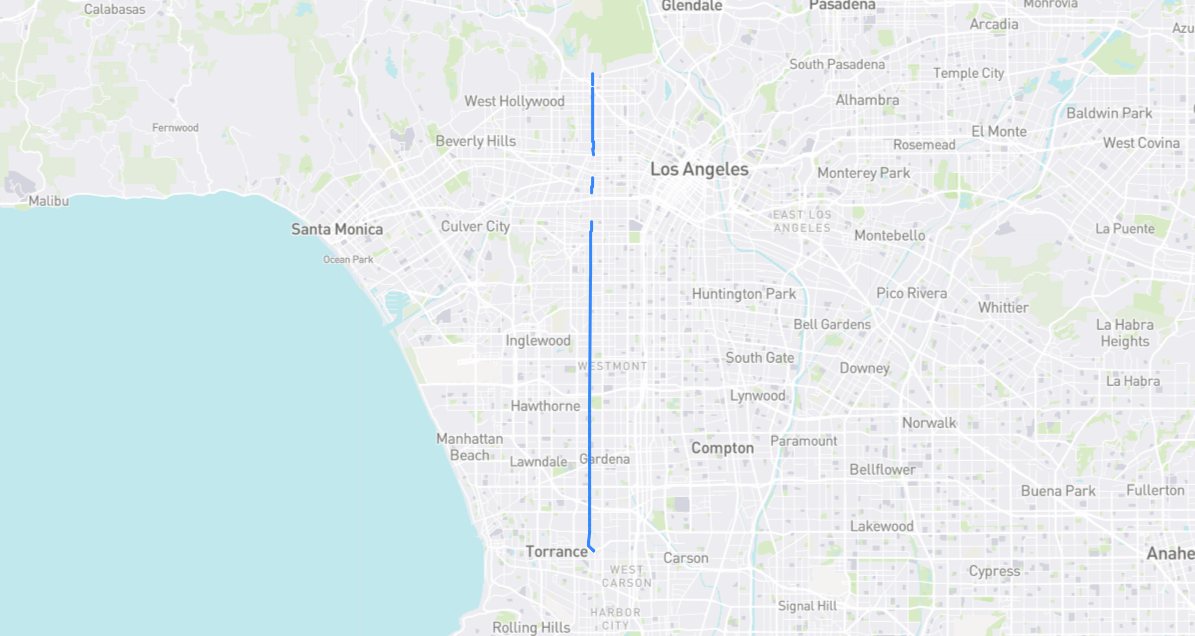