The faux-ancient “MT. OLYMPUS” sign on Laurel Canyon welcomes you to the Mount Olympus neighborhood, the 1964 vision of Russ Vincent, né Rosario Castagna (1918-2001), a Baltimore native who changed his name when he came to Hollywood. Although Vincent never amounted to much as a movie star, he found his calling in real estate. Around 400 single family homes line the streets of this pricy community – streets that Vincent named after mythical Greek figures (Apollo, Electra, Hercules, Oceanus, etc.). He also established the smaller “Hollywood Oasis” community off of Canyon Drive. In 1971, Vincent gave his showbiz dreams one last go by writing, directing, producing, and starring in an exploitation flick called How’s Your Love Life? 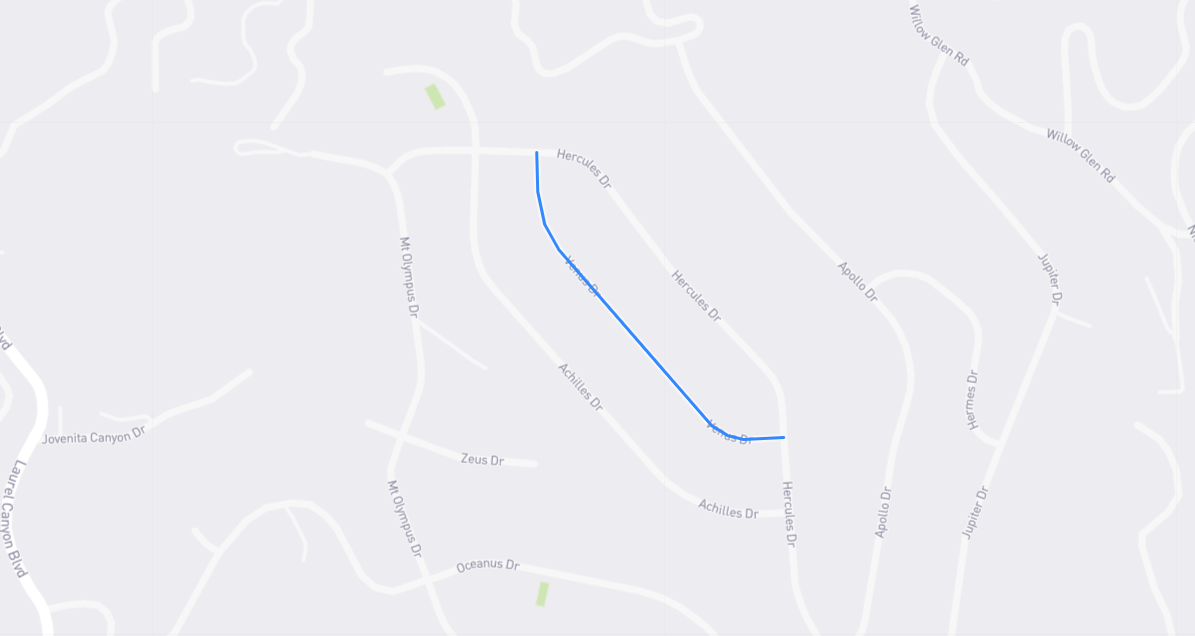