In 1921-1922, as the 1,068 acre Pacific Palisades tract was underway, its founders laid out its main street and dubbed it the “Highway of Peace”, alternatively “Via de la Paz”. Aside from its Christian connotations – Pacific Palisades was founded as a Methodist community – “peace” referred to a planned “international peace temple” at the end of the road, atop what Palisades founders called Peace Hill. The temple was estimated to cost $1 million in 1922 dollars. Needless to say it was never erected and the “Highway of Peace” name was discarded by 1924. Still, Easter sunrise services were held on Peace Hill for a good fifteen years, attracting thousands of worshippers. The hill was subdivided into housing in 1947-1950: see Rimmer Avenue. 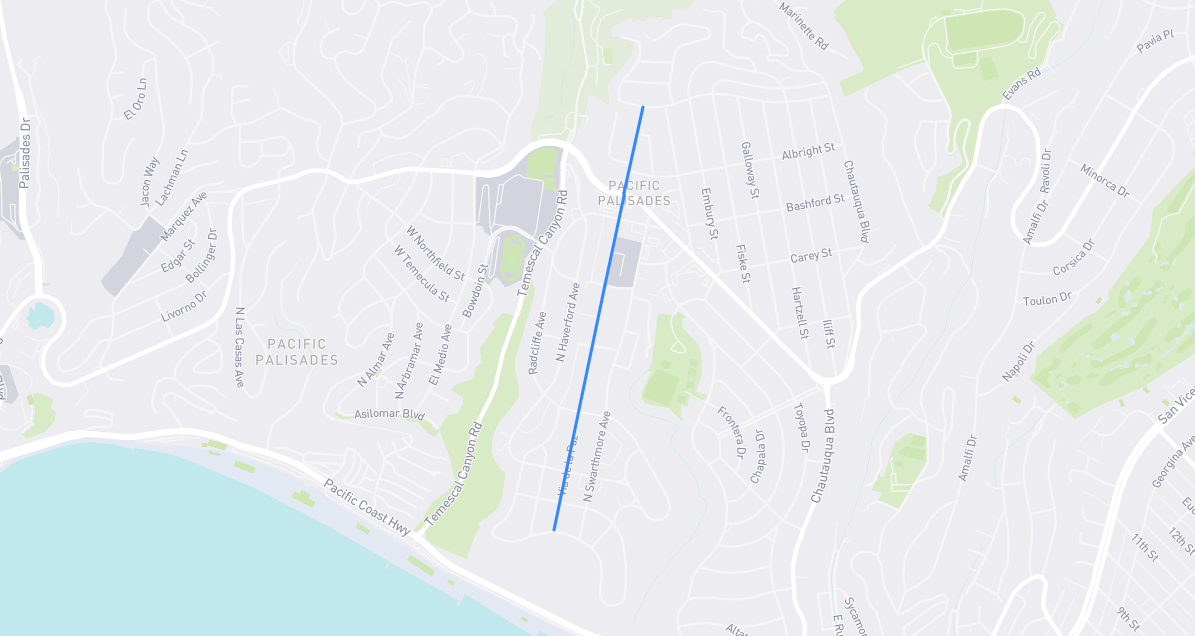