There are at least two Wheelers who could have inspired this street’s name. The first is Benjamin Francis “Frank” Wheeler (1856-1939), an Englishman who came to La Verne – then known as Lordsburg – around 1893 and owned some 82 acres of citrus orchards. However, the “Wheeler and La Verne Road” may not have been named until 1910, after Wheeler and his family had moved to Claremont, where he became a big real estate agent. (He is credited with bringing Foothill Boulevard through Claremont; his son Stuart would serve as the city’s mayor.) The second is Hayes Arthur Wheeler (1879-1961), a Kansas-born citrus grower who came to Lordsburg in 1906 when he married local gal Florence Perham. Which Wheeler is the namesake depends on whose orchards were nearest the road – which I don’t know. Anyway, the earliest reference I found to present-day Wheeler Avenue was in 1920; it might not be in the same location as that Wheeler and La Verne Road. 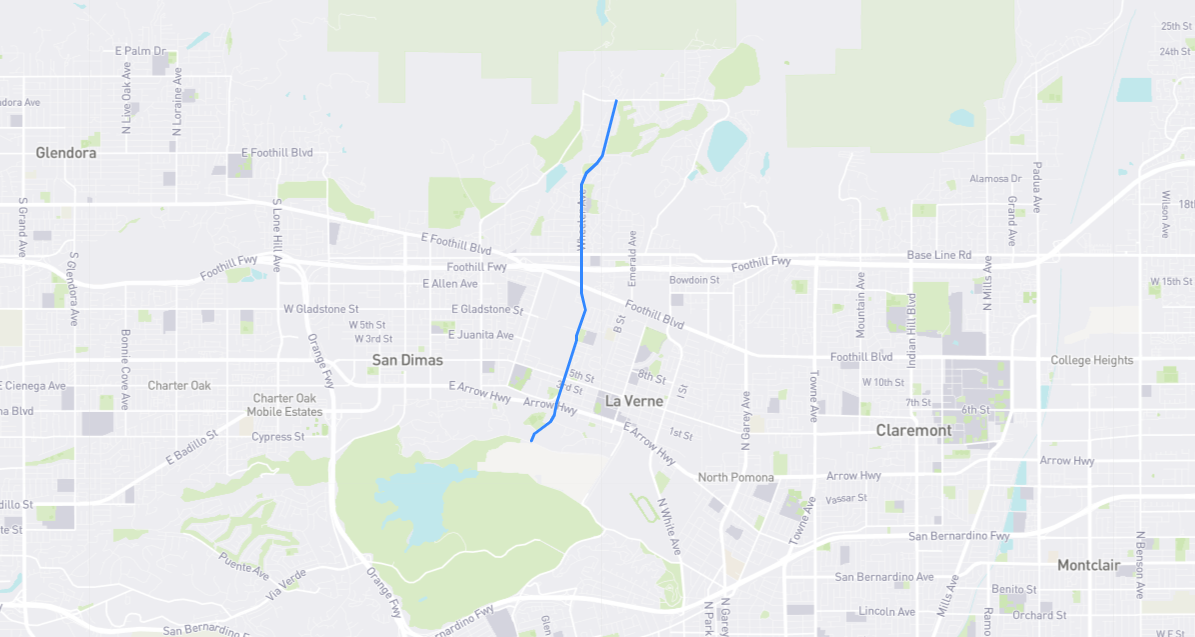