Named for Caleb Edwin White (1830-1902), one of the founders of Pomona. Born in Holbrook, MA, White caught gold fever in 1849 and sailed to San Francisco around Cape Horn. He soon turned his interests towards agriculture and settled near the American River with his new bride Rebecca. There they launched one of California’s earliest fruit growing operations and pioneered the state’s navel orange industry. After a year in San Luis Obispo, the Whites relocated to SoCal in 1869 and raised sheep and grew eucalyptus in Florence. In 1875, White joined several of his fellow grangers (see Pomona Boulevard) in establishing the town of Pomona; White Avenue was named soon thereafter. The Whites settled here properly in 1880 and Caleb served as a banker, fruit grower, and justice of the peace. 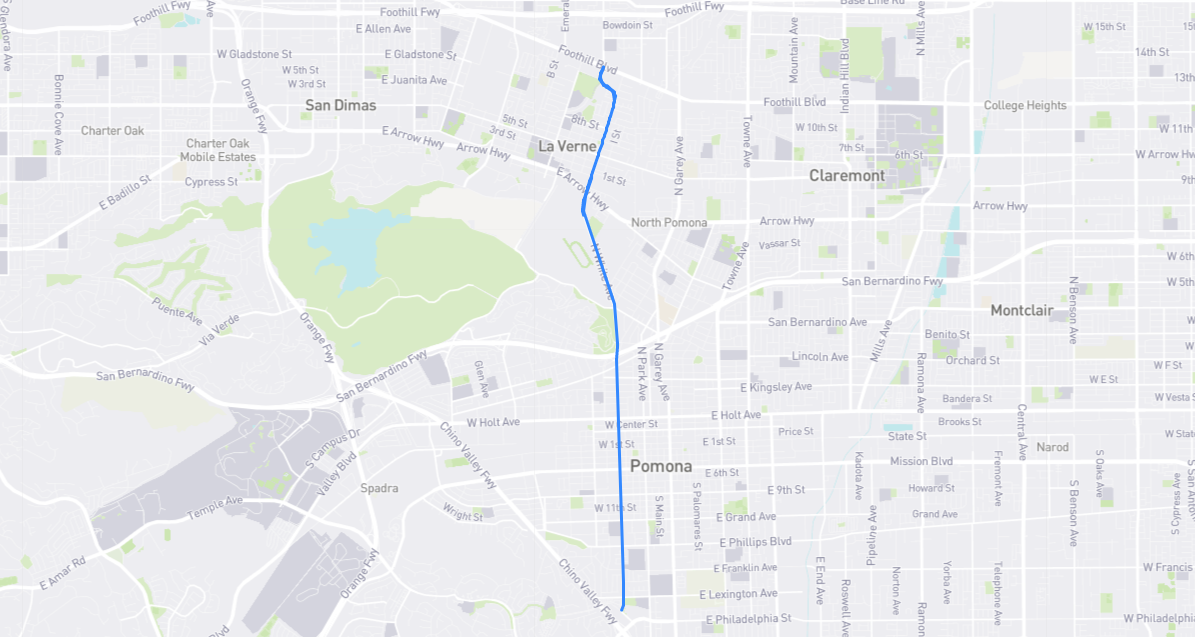