“La Verne” was coined in September 1887 for the La Verne Land Company, led by Lyman Allen and Lewis Bixby, who bought the land that would become La Verne. Allen’s wife Sarah and Bixby’s wife Margaret – they were sisters – apparently came up with the name. One (unlikely) theory is that they knew la verne as Gaulish for “the alder”; another is that they thought it meant “green” in French. (That would be vert.) Or perhaps they were just playing with “vernal”, referring to springtime. All that said, Lyman Allen’s hometown was Vernon, Ohio, so… Anyway, for thirty years, La Verne coexisted with a town called Lordsburg, founded in 1887 by one Isaac Wilson Lord. Residents hoped to ditch the “Lordsburg” name in 1912, but Lord wouldn’t have it. So they simply waited for him to die. He did, in 1917, and Lordsburg was merged into La Verne. Ironically, La Verne Avenue doesn’t enter La Verne city limits; La Verne’s only eponymous street is Via Rancho La Verne. 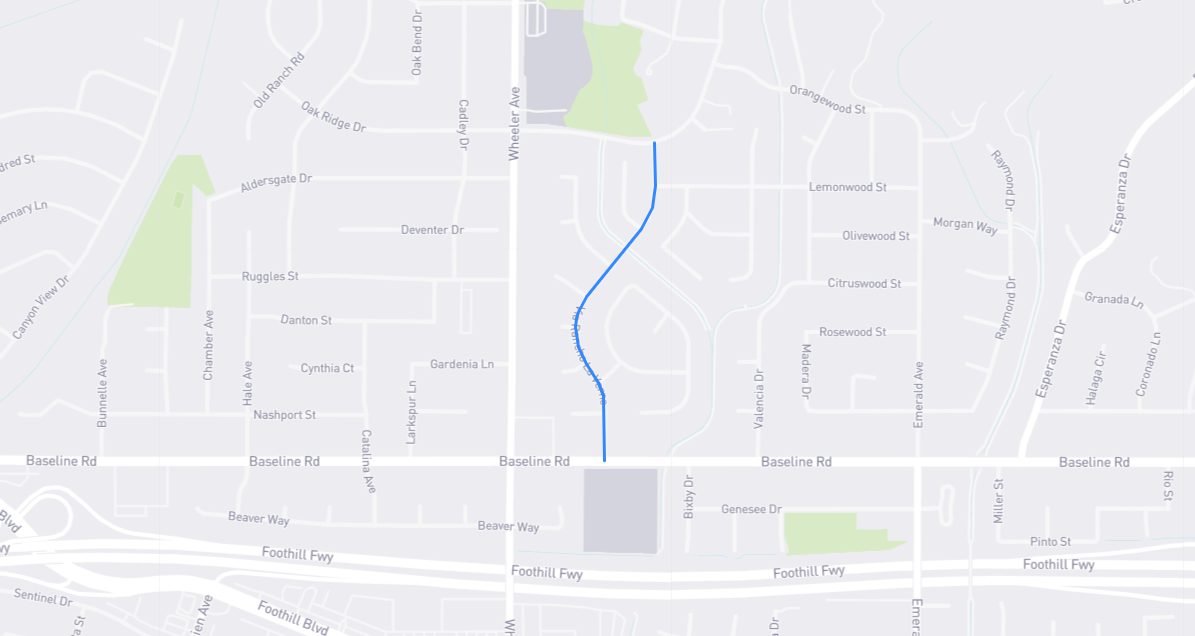