When George D. Whitcomb laid out Glendora in 1887, he named several east-west avenues after family members. First and foremost is Leadora, which honors both his wife and one of his three daughters. Bennett employs his wife’s maiden name, Carroll is for one of his three sons, and Virginia is for his youngest daughter. Finally, Meda is for one daughter-in-law and Ada is for another. Ada Whitcomb (1866-1914) was born Ada Louisa Bradley in Illinois and grew up in Missouri, part of a farming family that had settled in Duarte by July 1886. She married Carroll Whitcomb on March 31st, 1887; as their marriage effectively inaugurated the new town of Glendora, Carroll and Ada avenues were a kind of wedding present. The couple had five children and were living in Exeter, CA, when Ada died after a long illness. 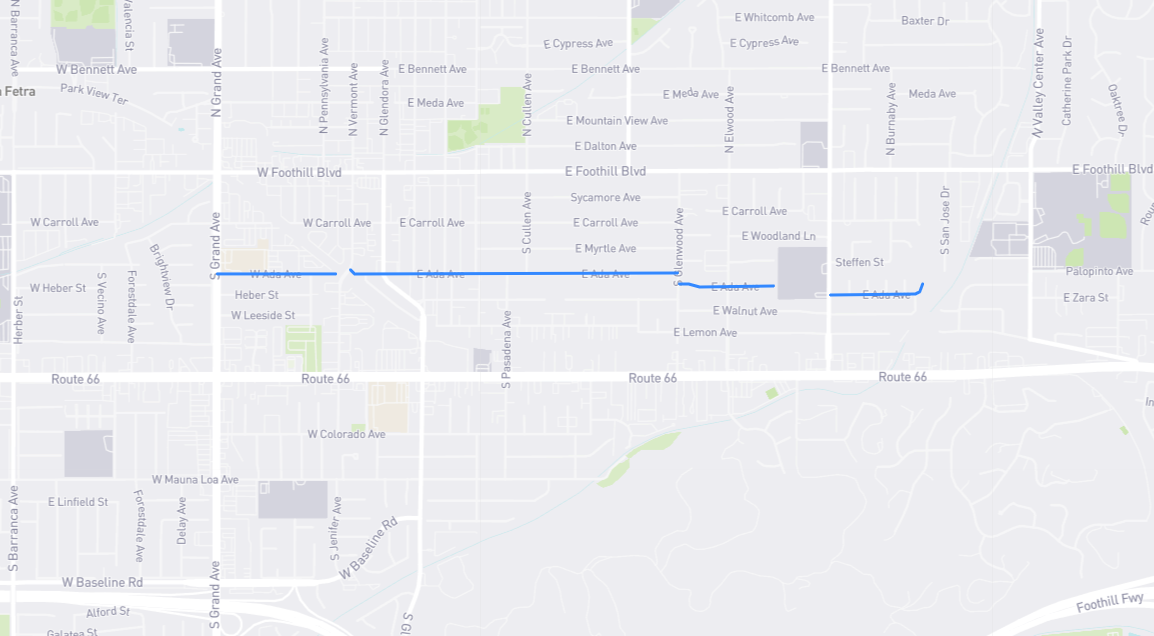