This street employs the maiden name of Leadora Whitcomb, the “dora” in Glendora. Her father Abraham Bennett (1803-1863) was born in Pennsylvania and moved to Wheeling, (West) Virginia to work as a steamboat captain on the Ohio River. There, in 1834, he married Elizabeth Barney (1812-1867) and they had at least six children. Around twenty years later, the family relocated to Saint Paul, Minnesota, where in July 1863, while riding their horse and wagon over railroad tracks, Bennett and his teenage son Edward (possibly Edwin) were struck by a train. Bennett died hours later; I couldn’t determine if Edward survived. At any rate, after her marriage, Leadora Whitcomb used Bennett as her middle name, then gave it to her son George Bennett Whitcomb: see Meda Ave. for more on him. 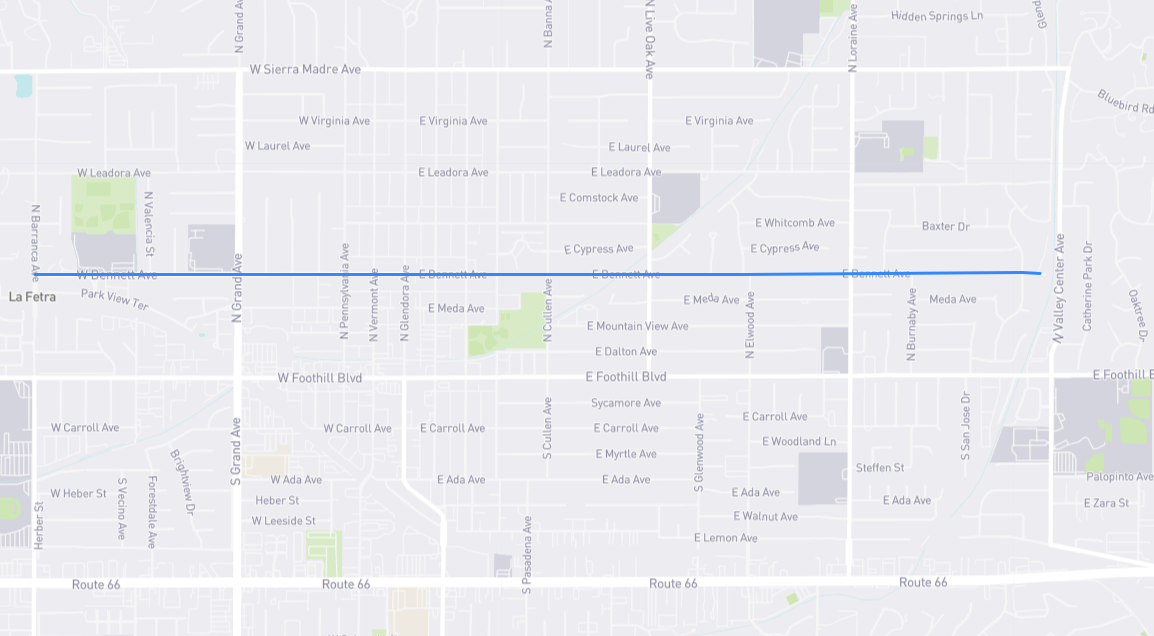