A whimsically named street with a less whimsical history that includes a top secret Air Force station and an infamous 1981 murder case, Wonderland Avenue was born on a 1908 tract set up by the Lookout Mountain Park Land and Water Company. This syndicate of investors had purchased 280 acres from Frank B. Yoakum and rechristened the former Mt. Washington (no relation to the neighborhood out east) “Wonderland Peak”. In order to market holiday bungalows to Angelenos, the syndicate installed “trackless trolleys” along Laurel Canyon Boulevard to lure in day trippers/potential buyers. A smaller tract called Wonderland Park opened here in 1924, with a contest offering $20 prizes to whoever came up with the best name for each of the tract’s five streets. No record exists of the winners, but apparently no one thought to suggest “Alice”. 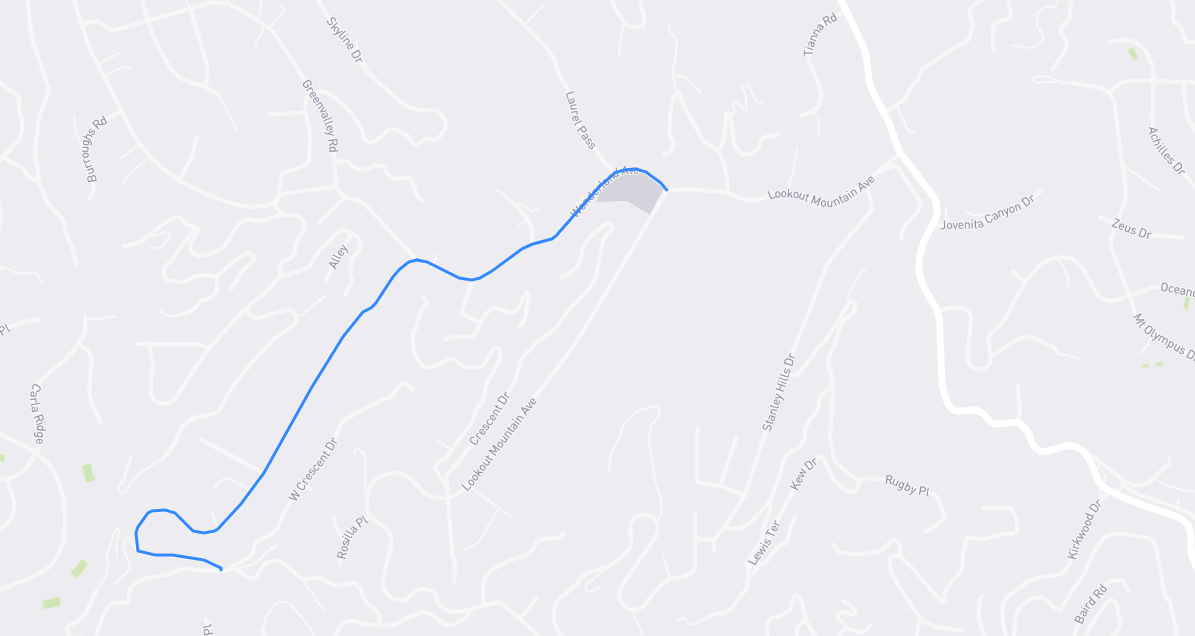