The city of Alhambra was founded in 1874 as a tract owned by Benjamin Davis “Don Benito” Wilson (1811-1878) and his son-in-law James De Barth Shorb (1842-1896). Both tract and road took their name from the Alhambra, the 13th century Moorish palace/fortress in Granada, Spain. It was originally thought that Wilson was a fan of Washington Irving’s Tales of the Alhambra, the seminal 1832 travelogue that enchanted countless readers. It’s now believed that Wilson’s little daughter Ruth was the one who read the book and suggested the name. (She grew up to be the mother of General George S. Patton, by the way.) Regardless, Alhambra has a Washington Street and an Irving Street side by side, so there’s no argument over the literary source. See Main Street, née Boabdil Avenue, for more Alhambra streets inspired by the Spanish landmark. 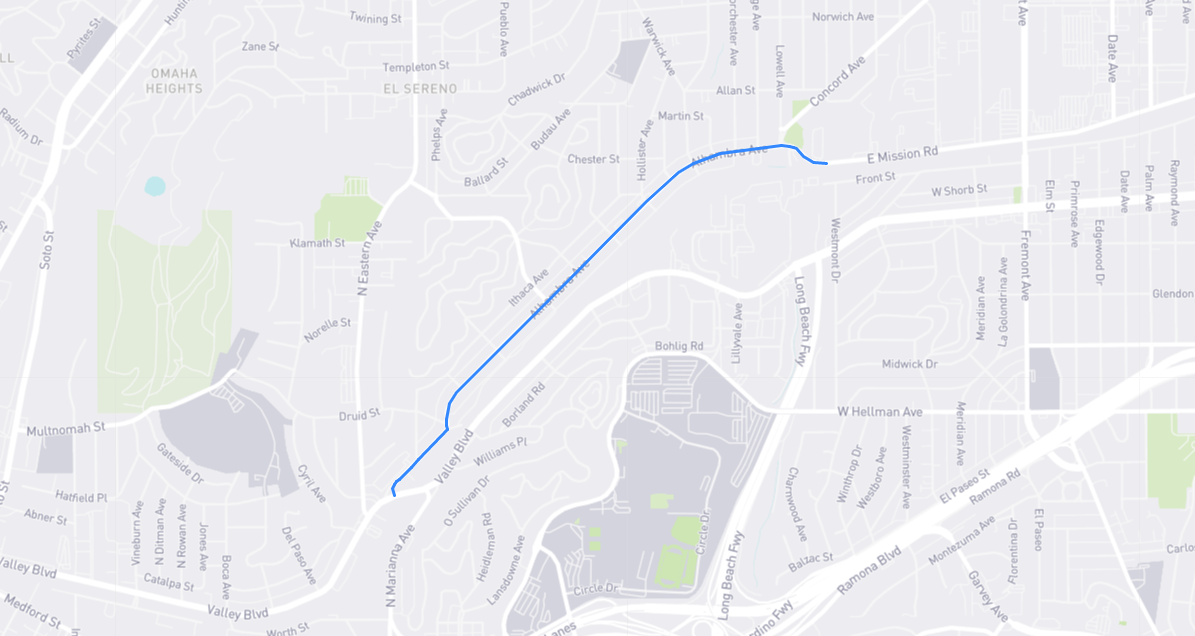