Benjamin Davis Wilson (1811-1878) was such a major player in early L.A. County, you’d think a bigger street would be named for him – and in fact there was: Atlantic Boulevard was called Wilson Avenue until 1930. Mount Wilson is named for him too, since he was among the first to climb it. Born in Nashville, B.D. Wilson lived in New Mexico for several years, then came to SoCal with William Workman and John Rowland in 1841. He was en route to China, of all places, but decided to stay. Many white settlers became Mexican citizens in order to own land in pre-statehood California, but “Don Benito” refused – and gobbled up land anyway: his vast holdings would include the ranchos Ballona (the future Mar Vista and Culver City), Rodeo de las Aguas (the future Beverly Hills), and San Pascual (the future Pasadena). He also cofounded Alhambra, served as the third American mayor of Los Angeles, and lobbied the Southern Pacific into coming to L.A. Whew! Wilson married Ramona Yorba (1828-1849) in 1844; after her early death, he married Margaret Hereford (1823-1896). Sue, B.D.’s daughter with Ramona, married James De Barth Shorb. Of B.D. and Margaret’s two daughters, Ruth married George S. Patton and Annie (1858-1931) remained single. Wilson set up his famous Lake Vineyard Ranch in 1854 and stayed there for the rest of his life. He named Wilson Avenue in 1876. 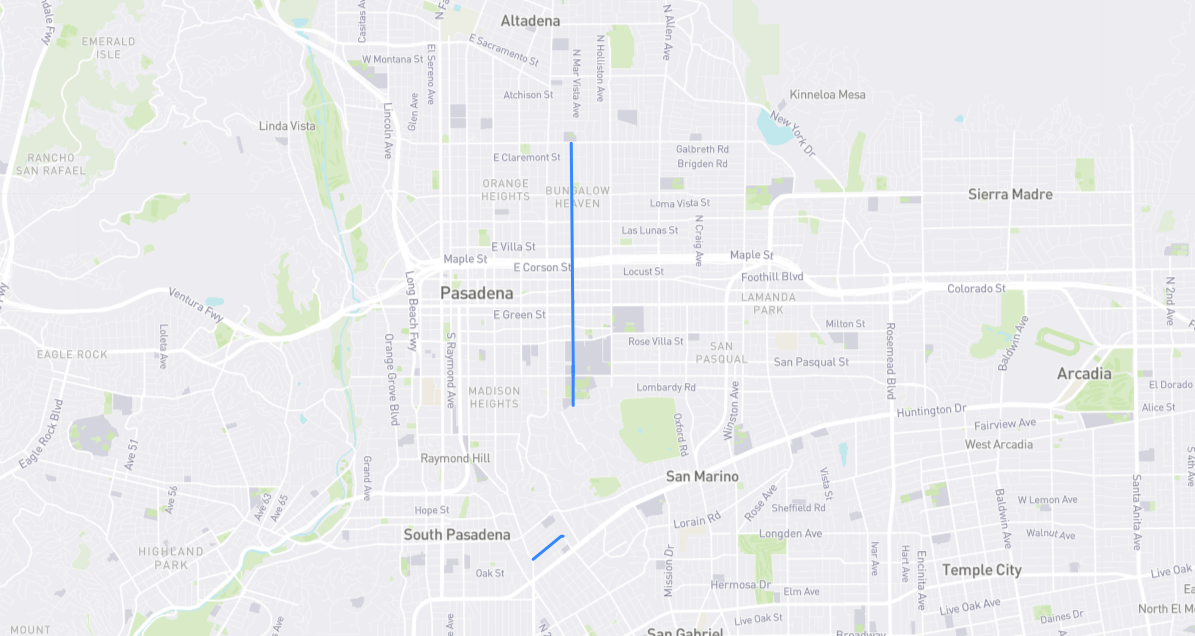