One of the candidates for Oldest Street in Los Angeles is named for a tree. Aliso Street began as a Kizh (a.k.a. Tongva) Indian footpath, along which stood an ancient, 60 foot tall sycamore. For the Kizh people, it was a revered landmark: they craved shade like any sunbaked Angeleno. By 1832, both tree and road were surrounded by vineyards owned by Jean-Louis Vignes (1780-1862). Botany not being everyone’s strong suit, Spanish speakers mistakenly called the sycamore el aliso, which means “the alder”. Aliso Street was named by 1854, possibly by Vignes himself: he called his winery El Aliso and was even nicknamed “Don Luis del Aliso”. Sadly, the beloved tree was considered a nuisance by later landowners (a brewery) and it died of neglect in 1891. In sympathy, the once-vital Aliso Street would later sacrifice most of its length to Mission Road and the rest to the 101 freeway, though a bit lives on amongst the off-ramps. 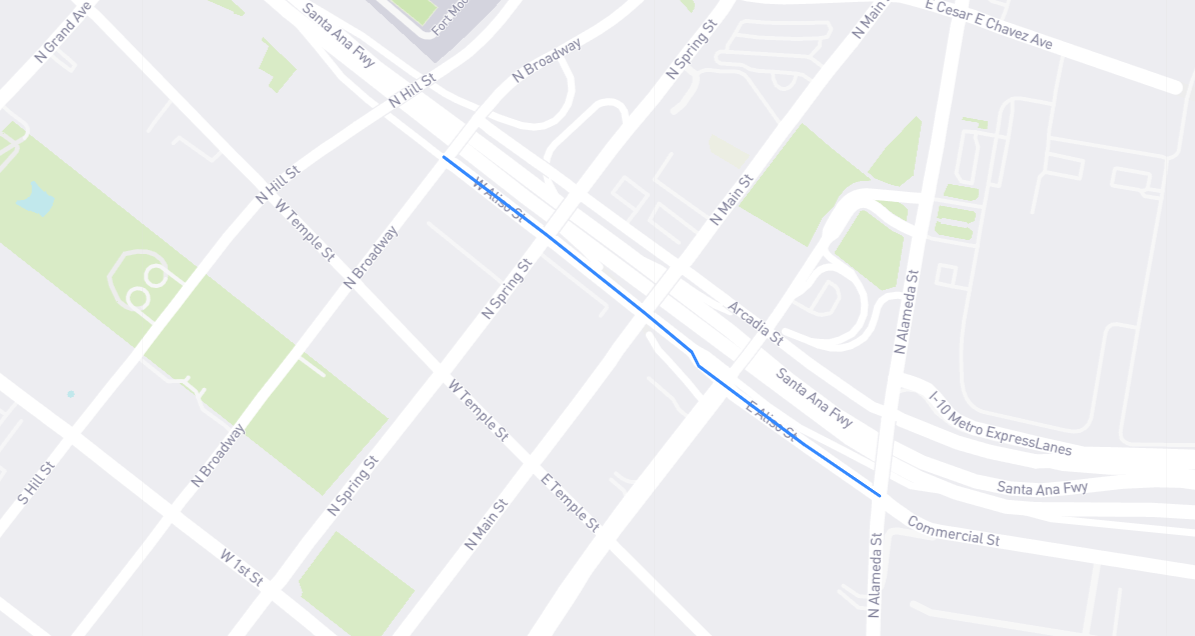