Named in 1905 in honor of Alma Peck (1888-1962) by her father George H. Peck Jr., one of the founders of Manhattan Beach. In fact the Pecks would own a house at Alma and 27th. It was allegedly constructed in 1922 and was used as a summer home by Peck, by then a widower, and his unmarried children Alma and Leland, who both had physical and/or mental disabilities. It appears that they moved in full-time in the mid 1930s, although Alma and Leland would eventually wind up in Wilmington. For more, see San Pedro’s Alma Street. 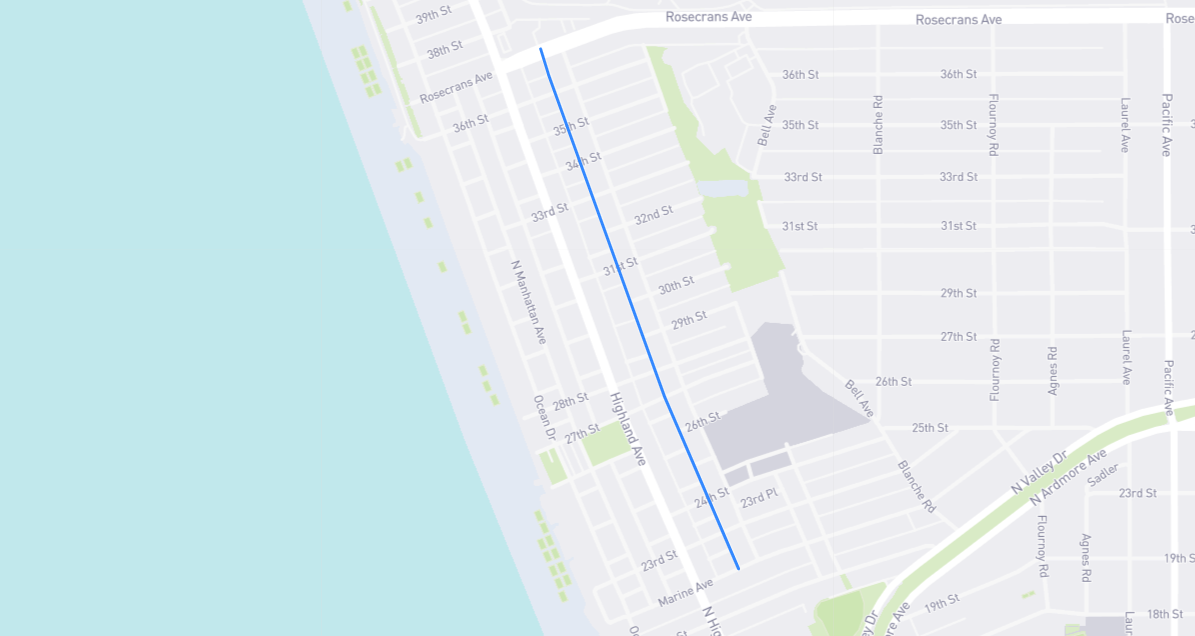